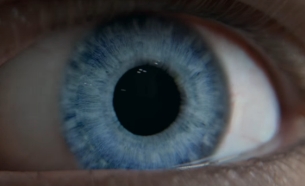 The exhilarating thrill of driving the all-new Audi R8 has been vividly captured in a mesmerising TV commercial – The Eye – created by BBH London.

The one-minute TV advertisement focuses on a pupil dilating in response to the excitement generated by the roar of the R8 - the signature Audi high-performance supercar.

This eye-opening reaction is genuine. Biometric data was gathered during a racetrack lap to measure the effect of the R8 on the human body. The data was then used in the film to illustrate the visceral thrills associated with the R8 V10 plus, which has a top speed of 205 mph and powers from 0 to 61 mph in just 3.2 seconds, making it the fastest road-going Audi to date.

Nick Ratcliffe, Head of Marketing, Audi UK, says: "This evocative new film captures perfectly the thrill of the all-new R8 and the visceral response it creates, stimulating all the driver’s senses.

"The R8 literally places the driver at the eye of the storm, as their pupils dilate in response to our most powerful and thrilling road car to date being brought to a halt by its carbon ceramic brakes.”

The commercial, which carries the tagline ‘More focus, more drive’, is accompanied by an outdoor, digital and print campaign capturing the work of renowned, contemporary artists - Sebastien Preschoux and Yasuaki Onishi.

Preschoux has created an eye, 5.5m high and 9m wide, built from a complex array of specialist blue and white thread, while Onishi's installation represents a heartbeat from the electrocardiogram readout of an R8 driver.

The campaign places the all-new R8 at the heart of the matter in a vivid combination of art, science, technology and drama.