Nick will continue to creative direct Tesco and Barclays, and write work himself 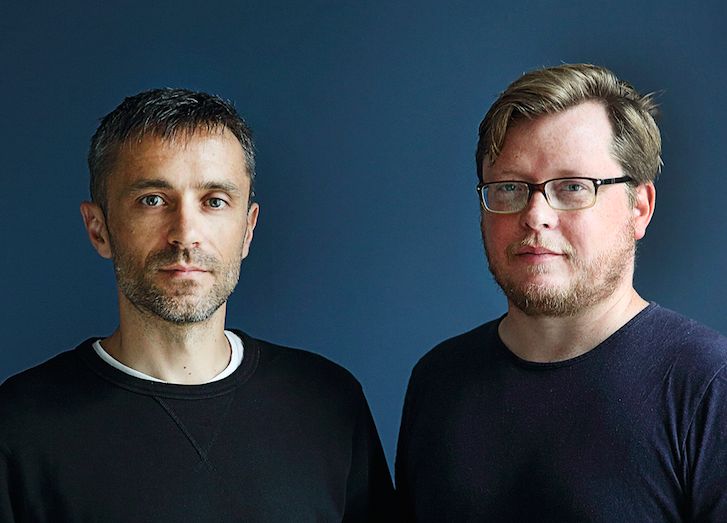 After almost a decade as Executive Creative Director of BBH London, Nick Gill is handing over the reins to his two deputies, Ian Heartfield and Anthony Austin. Nick will continue to creative direct Tesco and Barclays, and write work himself.

Nick Gill said: “Making this decision has been very easy, because I have such affection and admiration for my two worthy successors. Ant and Ian are very different people, they bring very different skills to the table. But they are totally aligned in their ambition for BBH, and they complement each other brilliantly.”

Pelle Sjoenell, Worldwide Chief Creative Creative Officer of BBH, said: "BBH London has experienced a glorious era under the creative leadership of Nick Gill. It is a privilege that we are now able to point his enormous talent exclusively at the work, free of any executive responsibilities. This is also a great moment to pass the baton to Ian and Ant, whose names are all over the brilliant work coming out of Kingly Street. I'm incredibly excited about this next chapter for the Mothersheep."

Ian Heartfield and Anthony Austin have been at the forefront of BBH’s creative momentum since their promotion to Deputy ECDs last July.

Ian joined BBH in 2010 and over the past seven years he has written award-winning work and acted as Creative Director on many of the agency’s flagship accounts, most recently leading Absolut, Uber, St John Ambulance and Audi, and running the Uber and Costa pitches. Since running Audi, the agency’s founding client, he has produced a hugely impressive and effective body of work, including the Cannes Gold winning ‘Birth’. Before joining BBH, Ian’s work picked up multiple awards at Cannes, D&AD, The One Show, BTAA, Campaign BIG and Creative Circle. His famously epic film for Guinness, ‘noitulovE’, won the Cannes Grand Prix and made him the Gunn report’s most awarded copywriter in the world in 2006.

Anthony joined BBH from Mother in January 2015 to launch Black Sheep Studios, the agency’s acclaimed production and entertainment arm which harnesses BBH’s heritage to create a variety of film including shorts, branded entertainment, music videos, content series and documentaries. Anthony has produced breakthrough work for many of BBH’s clients, including the short film, ‘HOME’, which launched to critical acclaim and has so far picked up at over 25 international film festivals and advertising awards, including a Gold Cannes Lion and the BAFTA for Best British Short Film. In his role as Deputy ECD, Anthony has brought production and entertainment expertise to the heart of the creative process, and is spearheading BBH’s global entertainment agenda. He has also assumed Creative Director duties on a number of key accounts, leading Absolut, Ray-Ban, Axe and Google.

Having spent almost 10 years running the creative department of BBH and being part of the UK management team, Nick has decided that it’s time to hand over the reins. His new role will see him creative directing two of the agency’s biggest accounts; Tesco and Barclays, as well as affording him the opportunity to write more work himself. Nick is one of the UK's great advertising writers. In his new role, he will be able to write and creative direct much more. Nick will also continue to coach creatives and bang the drum for creativity and craft.

Ben Fennell, CEO of BBH London commented: "I'm predicting that Nick is about to begin a hugely productive and rewarding part of his career. I know how much fire he has in his belly, and how powerful he is when he writes. BBH has always been blessed with inspirational senior figures who walk the floor, energise, inspire and teach. Nick Gill is a unique talent and we are lucky to have him. We thought long and hard about a new job title for Nick, but in the end we all agreed that his title should simply be Nick Gill, Creative.”