Singer Jamelia's speaks out about abusive relationships for Refuge 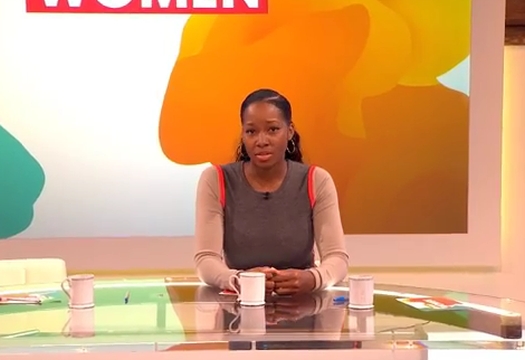 Refuge and BBH worked with one of the Loose Women celebrity panelists, the singer, Jamelia, who had herself experienced domestic violence and wanted to share her own personal experience of loneliness in order to help others.

Created by BBH London, the inspiration behind the #YouAreNotAlone campaign came from the statistic that 1 in 4 women will experience domestic violence at some point in their life.

During today’s episode of Loose Women, Jamelia introduced a segment on domestic abuse, but as she delivered her heartbreaking tale of loneliness to camera, it became clear that all was not as it seemed on set. There were no Loose Women alongside her, no camera crew, no audience, she was in fact completely alone in the studio as she delivered her monologue. At the end of the segment, the #YouAreNotAlone message appeared on screen and the show cut to a normal advertising break.

The film played out as a live segment on the show, catching the viewing TV audience off-guard and sparking conversation online. When the show returned from the advertising break, the full Loose Women cast and audience had returned and were joined by Sandra Horley, CEO of Refuge, to discuss the issue of domestic violence live on air.

The film will be hosted on both Refuge and ITV’s websites and will be promoted through social media.

Caroline Pay, Head of Creative Development at BBH London and Creative Director on the project, commented: “We are always searching for new ways to raise awareness for Refuge and all the incredible work they do. Our Lauren Luke campaign was a hard act to follow, but this work felt just as exciting and fresh, giving us a chance to surprise and engage with a broad audience of women who may well be feeling unable to reach out for help.”

Sandra Horley CBE, chief executive of Refuge, said: “Victims of domestic violence often feel trapped and isolated. They may feel ashamed of what has happened to them, or they may be fearful of speaking out. The truth is that domestic violence is a huge social issue that affects the whole of our society. We all have a role to play in ending this horrific crime – and we must start by speaking out about it. I would urge anyone experiencing domestic violence to remember that you are not alone. Thousands of women experience domestic violence every single day in this country. Refuge can help you to stay safe. Visit www.refuge.org.uk for support.”