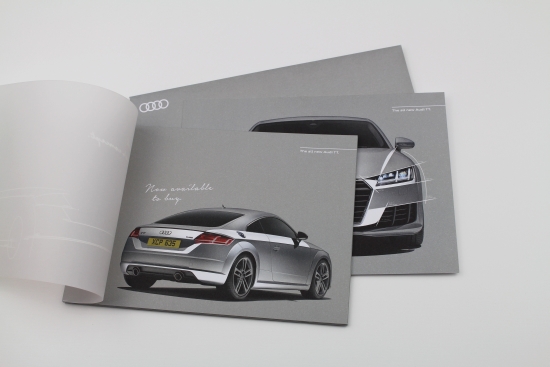 The third-generation of the iconic Audi TT has been launched with a striking integrated campaign entitled ‘The Concept. The Car‘ and created by BBH London.

The campaign, which has been brought to life across print, digital, social media and direct mail, illustrates how the car has been redesigned and engineered without compromise.

Stunning photographs of the all-new TT sit beside brief statements explaining how original concepts have made it all the way from designer's board to the road, and are accompanied by the tagline ‘The Concept. The Car‘. 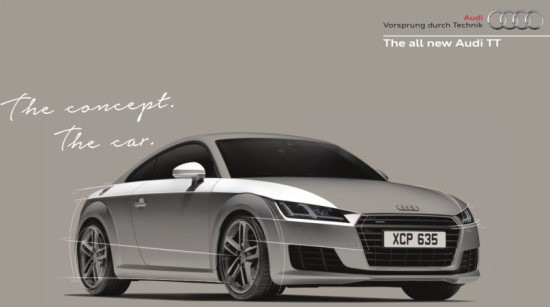 Kristian Dean, National Communications Manager of Audi UK, says: "The TT is arguably the most iconic Audi model of all, and yet our designers have dared to take the concept back to the drawing board and make it a reality for a third time, all the while staying true to their original designs.

"The result is a car, which has been remodelled without compromise. The all-new Audi TT is yet another living, breathing example of our ‘Vorsprung durch Technik‘ philosophy, which champions constant progress through technology and cutting-edge design."

The campaign will also feature short online film interviews with the engineers and designers of the new TT. 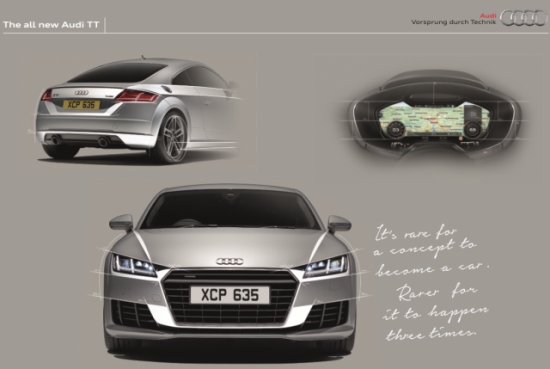 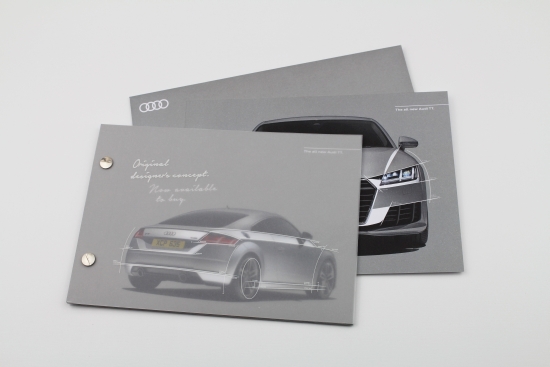