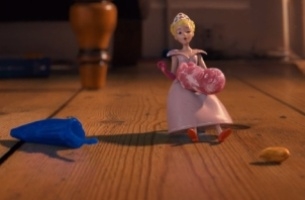 Seven people have credited the The Chokeables with saving the lives of six babies and a four year old child, the charity announced today. The Chokeables – a 40 second ad that demonstrates how to save a choking baby – has been viewed by more than 4 million people across Facebook, YouTube, and Twitter in its first 10 days. The film was created by BBH London with planning and buying by John Ayling and Associates.

In each instance, the person who leapt into action said that they’d learned the technique from The Chokeables video, which has been shared over 150,000 times on St John Ambulance’s Facebook page alone. The children choked on a variety of things, including: a cracker, a grape, a carrot, a chocolate wrapper, and a tealight candle.

Tiffany Sims, a mum of two from Bury St Edmunds, saved a little boy in a café after seeing the advert on Facebook. She said: “When we realised what was happening, the little boy was bright purple and very distressed. We all panicked, but I’d seen the St John Ambulance advert, The Chokeables, on Facebook just a couple of days before and I remembered what to do. I gave the baby backslaps and cleared his airway quickly. It was very scary and upsetting, but I’m so glad I knew what to do.”

Hannah Gilmartin, whose 11 month old daughter choked on a tealight candle, said: "I was horrified when my 11 month old daughter started choking on a tea light candle she'd picked up, but I followed the steps from The Chokeables advert and managed to save her. I think I was more upset than she was once it was over! I'm just so grateful I saw the advert - it saved her life."

The ad, which is being aired across several television channels, has racked up millions of views across YouTube, Facebook, Twitter, and media coverage. The charity also estimates that 20.9 million have seen it in its first week on television.

Emma Sheppard, Head of Brand and Communications at St John Ambulance, said: “The reaction to The Chokeables has been extraordinary. We were confident that we had a strong creative idea and were talking to an audience that would be receptive but to see how it’s been shared organically - and that it’s actually helped seven babies already – is beyond our expectations. We’re all incredibly proud.”

The ad was launched after new research showed that 79% of parents did not know how to help a choking baby, despite 58% saying it was a major concern. 40% of parents reported seeing their baby choke. The animation is voiced by David Walliams, Johnny Vegas, Sir John Hurt, and David Mitchell.

The charity has also launched a Thunderclap to help spread the video even further – you can support it by signing up here.