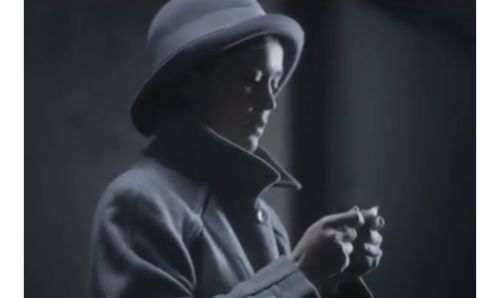 Dulux, the leading paint manufacturer, will today launch the second phase of its ‘Change your story with colour’ campaign, which kicked off at the beginning of March. Created by BBH London, the new phase promotes the Dulux Paint Mixing service which lets people customise their paint by selecting the right function or finish, as well as colour, for their room.

Based on the campaign idea that our lives are stories and that colour can change the way they unfold, the new phase demonstrates how, with Dulux Paint Mixing, people can find the perfect way to change their story.

The 40 second film, ‘Cocktail’, continues the story of the couple from the first ad, who fell for each other during a fictional time when colour was banned. ‘Cocktail’ sees the couple meet up at an underground ‘speakeasy’ bar with a difference. Instead of illicitly enjoying alcohol, everyone is enjoying the bright colours of their surroundings. There’s music and dancing and good times, and it is a stark contrast to the dull and grey streets outside. At the bar, brightly coloured cocktails are being mixed, but instead of drinks, these are pots of paint. The barman mixes a colour for the lady, before the film cuts to her putting the finishing touches to the walls she’s been painting it with.

AnalogFolk London is responsible for bringing the campaign to life online, updating the website to highlight the advantages of Dulux Paint Mixing as well as the functionality behind the new Dulux MixLab units, which are being rolled out in Homebase stores across the UK. In the coming weeks AnalogFolk will also launch a targeted social media campaign to showcase the benefits of paint mixing to decorating enthusiasts.

Track Name: Brush Me Up!