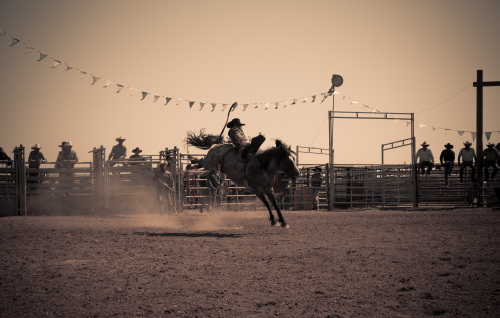 From Friday 18th of July, KFC have launched an out of home and social media campaign to promote the new Great American Bites range. The campaign invites people to taste the adventurous spirit of the states that inspired the three new flavours - Texas BBQ, Sweet Missouri Mustard, and Fiery Kansas Chilli.

The film, created by BBH London, will be released online and on social media on Friday, prior to the main TV launch on Monday 21st July. Based on the insight that KFC has the power to replenish, both physically and emotionally, ‘Rodeo’ tells the story of a real-life modern cowboy and his son. Times may have changed, but the action-packed nature of their lifestyle hasn’t. The film ends with the line ‘Reward your taste of adventure with KFC’s Great American Bites.’

Raphael Basckin, Creative at BBH, said "This was a wonderful opportunity to tell a universal human story, through a classic American lens."

The campaign is being activated on social media by Fabric. The film was seeded online Friday 18th July, with KFC’s Facebook fans being given a preview of the TV ad and exclusive content before it launches on TV on Monday. To promote the new menu, Fabric will also launch a social campaign that gives one lucky person the chance to win a holiday to America with a friend.

Earlier this year BBH and KFC launched ‘Bus’, the first piece of work under a new creative direction for the brand. This was followed in May with two new product films, ‘Stairs’ and ‘Quad’, which continued the move towards a more emotionally engaging style of advertising.