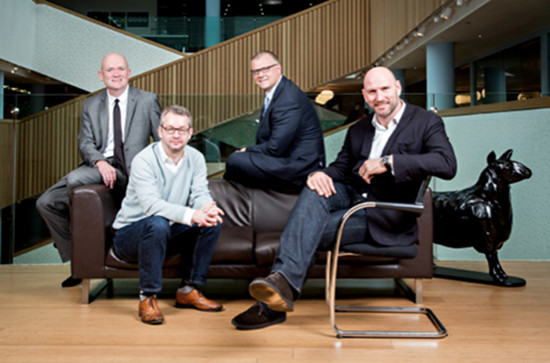 BBH today announces the launch of BBH Sport. The new venture will apply BBH’s 32 year history of brand building to sports companies, sporting events, sports personalities and those organisations wishing to build their brands through sport. The new business will expand BBH’s offering to its existing clients as well as working with a dedicated client list of its own.

The new venture will be headed by a world-class line-up of talent including ex England Rugby star Lawrence Dallaglio, Kevin Brown, Partner at BBH and one of the world's most awarded advertising creatives, Ewan Patterson.  Ben Fennell, CEO of BBH London, and long-standing judge at the Sports Marketing Awards will be Chairman.

BBH Sport launches with founding clients: Virgin Media Commonwealth Games, Weetabix and the Rugby World Cup 2015, as well as on-going assignments from Adidas. The company is also working with a major global sporting icon on their  brand.

Ben Fennell, Chairman of BBH Sport said: 'This is a very different sports business, with a unique proposition and a management line up of the very highest quality Lawrence, Ewan and Kevin will make an exceptional leadership team. They are all proven performers at the highest level and they know the sports market, BBH, and each other extremely well. We've got some fantastic founding clients that will provide us with a brilliant launch platform.'

Lawrence Dallaglio, will be a Founding Partner of the company and will concentrate initially on new and existing clients. Lawrence captained his country during an England career that saw him capped 85 times. Lawrence has raised millions through his Dallaglio Foundation with events such 8 Rocks and Dallaglio Cycle Slam.  His charity’s focus is to use rugby to help young people become more employable, socially responsible and equipped to make the decisions that will enable them to lead fulfilling lives.

Founding Partner and Executive Creative Director is Ewan Paterson,  one of the most awarded creative directors in the world who has  successfully run major advertising agencies in both the UK and America.

As the Chief Creative Officer/Managing Partner of DDB Chicago, CHI+Partners London and DDB London, Ewan has consistently grown agencies and won the industry's top awards. In a 20 year career,  Ewan has won over 40 Cannes Lions, including a Cannes Grand Prix, with campaigns for clients such as Volkswagen, Sony, McDonald's, Mars, Toyota, Lexus, Unilever and InBev.

Kevin Brown is one of the UK's most experienced commercial strategists. He was the founding partner of Motive (BBH’s media arm) and went on to become Strategic Development Director of the merged Agency, Starcom Motive. Kevin ran his own agency, Soul, for five years eventually selling to Asian network Nitro. He then rejoined BBH in 2005 as a Partner. Kevin will join the management team of BBHS as commercial partner helping to put together media partnership deals for clients, brands and sport stars on the agency roster.