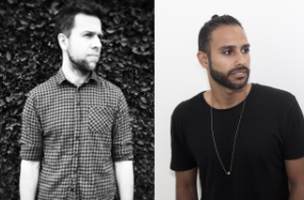 Peter joins BBH from his previous gig at BBDO, New York, where he held the role of Creative Director/Copywriter since 2010. There, he worked with major brands like AT&T on a variety of work, including the famous “Anti-Texting” campaign. Peter played an influential role in the initiative, which brought together the four major American telecom carriers (AT&T, Verizon, Sprint & T-Mobile) for the first time ever and included the award-winning Werner Herzog documentary “From One Second to the Next,” which received over two million earned hits within days of its post. Prior to BBDO, Peter also held positions at 180 in Amsterdam, Saatchi & Saatchi in New York, and Goodby Silverstein & Partners in San Francisco.

Before joining BBH, Kristian worked for three years at David & Goliath, where he spent the majority of his time with their KIA client. Prior to that, Kristian spent time freelancing for agencies such as Sid Lee, Naked, In2Media and Thank You. Specializing in 360-advertising and integrated campaign development, some of Kristian’s most influential work was for adidas Sports Performance, adidas Originals, NOKIA Europe, SWATCH Global, and more.

“It’s been a huge several months for BBH LA as we’ve ramped up new business; launched production company The Creative Studio with Scooter Braun’s SB Projects; and even launched a West Coast outpost of our brand invention business, ZAG,” said Pelle Sjoenell, Executive Creative Director of BBH LA.  “We’re changing and growing quickly, so the need for more creative talent with the guts to tackle the innovative and all-in briefs we’re receiving was critical. Peter and Kristian both represent the bold spirit we’re looking for in our office, and their body of work demonstrates a bravery in their creative approach that will make them perfect additions.”