BBH Has a Nibble With KFC Idents 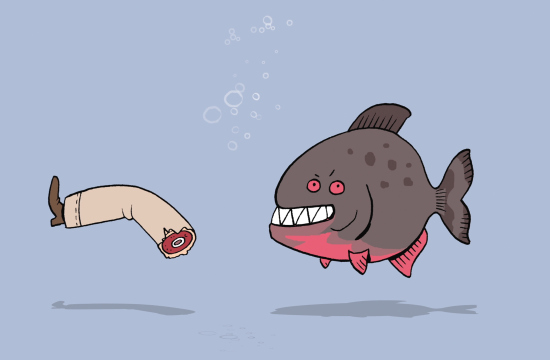 KFC has launched a sponsorship deal with E4, the Channel 4-owned digital television channel, with a series of animated skits.

The spots, which launched over the weekend, will run for sixteen weekends and will promote KFC’s ‘Streetwise’ range, which is targeted at value-conscious teens and young adults. The campaign was created by BBH, animated by Scoff & Gritt a relatively new duo and creators of award winning short ‘Wish List’, and produced by Field Trip. This original animated content marks a new approach to sponsorship for KFC.

The campaign features animated characters in a series of amusing scenarios, and the first spot asks the question “What would you buy with £1.29?” finishing with the strapline “Enjoy the KFC Streetwise menu with E4. The best combination since Saturday met Sunday”. During the course of 16 weeks the sponsorship deal will see KFC release two further animated shorts which will also see animated characters giving entertaining answers to questions which will further showcase the Streetwise menu and look to convey the great value of the range.

“E4 is a dynamic channel which prides itself on innovation and irreverence, and the audience is a perfect fit for Streetwise. We’re sure our animated characters will brighten up people’s weekends whilst helping to raise awareness of our Streetwise range which offers fantastic value for money.”

This campaign is the latest in a series of innovative marketing techniques used by KFC, which also includes the launch of a ‘click and collect’ iPhone app earlier this year. The company has also innovated on its menu, broadening its range in 2013 to include freshly ground Lavazza coffee.