BBH Disrupts the Ordinary for Zagorka 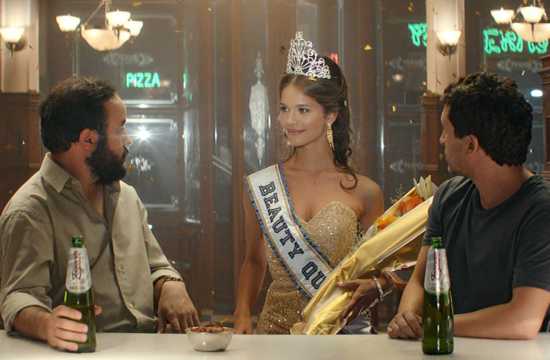 BBH London is launching a brave new positioning for Zagorka, the premium Bulgarian beer owned by Heineken, with a charming campaign that aims to disrupt the traditional local media landscape.

Zagorka is Bulgaria’s most historic beer and a great source of national pride. However, in recent years, with an influx of foreign brands, and a fall of national pride, Zagorka has unfortunately lost some of its magic, becoming increasingly seen part of Bulgaria's past. BBH was tasked with getting young Bulgarians to re-engage with their nation’s beer, to remind and reaffirm to them that Zagorka has more to it, in its story and its taste.

The resulting campaign, ‘A taste less ordinary’, reframes Zagorka as the antithesis of the mundane, based on the product truth of Zagorka’s superior quality in it’s local market. The strategy aims to disrupt the traditional local media landscape, surprising and entertaining the audience with something unfamiliar.

The films are accompanied by outdoor print executions shot by the legendary Jean-Yves Lemoigne. The stunning print work captures a range of unusual characters hesitant to open their bottle of Zagorka, in case the unpredictable should happen.

“Zagorka has the foundations of a great beer brand: a distinctive taste and a unique national heritage. It used to be known affectionately by locals as 'the special beer'. ‘A taste less ordinary’ is a charming idea which aims to remind people that Zagorka is far from a dull local brew. It serves as good creative framework for the brand and it can be subverted, parodied and owned over time.”