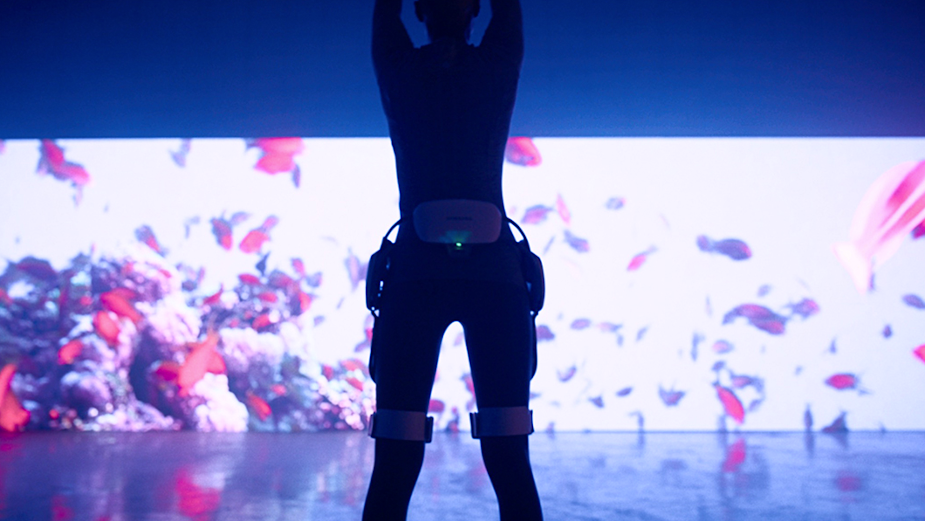 In a strategic plan to feature more visionary products in their brand communications, the film teases, rather than reveals, and gives us a glimpse of the range of innovative every daytech products about to emerge from the vast Samsung R&D centre in Seoul.

The 60 second online films hows humans and technology living together in perfect harmony, side by side through the everyday moments of life, intertwining in perfect symbiotic unity. With this film, Samsung is helping us to see how technology can seamlessly integrate into our daily lives, not merely as a tool, but as part of our human experience.

“This isn’t a depiction of a cold, techno-laden future. It’s the world we know today with the technology of tomorrow seamlessly embedded in it, and with this film we can visually convey the warmth of human emotions and the optimism that future technology can bring.” said Ruben Goots, co-founder and executive producer of HAMLET.

The Seoul R&D centre is the birthplace of all new Samsung products. Due to the highly protected and confidential status of the new products, the film crew were not permitted to leave the centre to film the products, so a lot of the film was shot in the R&D centre.