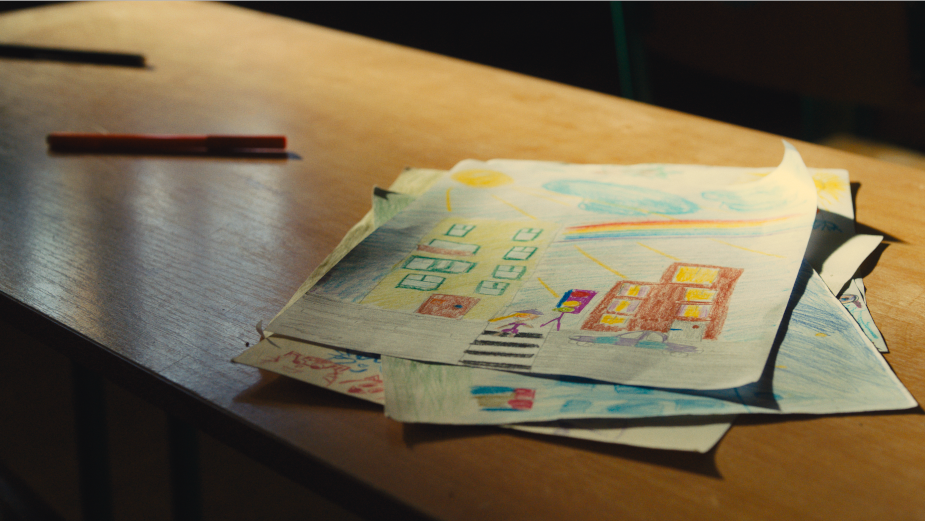 Today sees the launch of a major new campaign by Google in support of Global Citizen - the international advocacy organisation working to end extreme poverty by 2030. The campaign uses creativity to encourage and inspire members of the public to sign up to the global action movement. As part of its annual Global Lighthouse Partnership programme, Google has appointed BBH as its creative agency in the UK to drive tangible action towards one of Global Citizen’s RecoveryPlan Goals - ‘Resume Learning Everywhere’.

Before COVID-19, 258 million children around the world were out of school. In the face of a global pandemic this has spiraled to nearly 1.5 billion children who have had their education impacted. Through multiple lockdowns and consistent disruption we’ve seen a new meaning behind schools emerge; they’re more than just bricks, mortar, and places to sit exams - they’re symbolic spaces of learning, growth andrefuge.

Global Citizen is fighting to resume education for all children and get them back into school. Failure to challenge the current situation runs the risk of children in poorer countries, where online learning may not be an option, dropping far behind on minimum proficiency levels for reading or mathematics. To dramatise this BBH created a powerful film to drive people to sign up and take action to make change - the film shows a school building being demolished to highlight the impact of the pandemic on education.

The film, directed by Cleo Samoles-Little, opens in an abandoned classroom. Viewers then start to see the film switching between two different realities. In one reality, the school is slowly destroyed by an incoming bulldozer against the backdrop of an instrumental rendition of a children’s melody; the metaphorical representation of underfunding in education around the world. The other shows the school remaining completely intact. The film ends with the line ‘Stopping this, starts here. Education is being torn apart for millions around the world. Take action and become a Global Citizen.’ This simple messaging encourages viewers to take immediate action in support of the crisis, all with a simple sign up to Global Citizen.

Jellyfish, working with BBH, has created a media campaign to harness the power of digital activism. As the Performance partner for EMEA, Jellyfish’s role is to identify and reach the audiences most concerned about the global crisis in education, and those who will take action to solve it by signing up as Global Citizens. Using Google’s insights and tools, Jellyfish is able to reach these high intent audiences, including groups such as parents or caregivers, and urge them to advocate for increased investment in education.

The campaign uses Video Action Campaigns and Discovery Ads as the perfect action oriented formats for the campaign and this audience, directing them to take action throughout the video and driving down costs per result.

Felipe Guimarães, BBH creative director, said: “As creatives we try and find opportunities for our work to do good. Sometimes we are lucky to find clients and briefs that demand a positive impact on the world. This was one of them, to create a powerful piece of comms that empowers people to take action and help solve the problems of today's world. I believe we got to something that will do just that.”

UNIT9 director Cleo Samoles-Little:  “I had such a fantastic time bringing this spot to life, it was quite a challenge and it took me out of my comfort zone which I loved. I couldn't have asked for a better team on this plus I got to go and hang out in Ukraine which was fab. Over the moon with how it turned out as there were many ways to play it but I'm super happy and it's for a great cause so even better”