Awards and Events 343 Add to collection 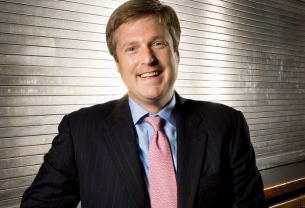 John Osborn, President and CEO, BBDO New York and long-time supporter of the American Advertising Federation (AAF) has been named the 2016 recipient of the Barton A. Cummings Gold Medal Award. The AAF is pleased to honour Osborn with this award at its upcoming annual national conference, ADMERICA, in Anaheim, CA., in June, recognizing his commitment to both the industry at-large and to the AAF.

John Osborn’s involvement with the AAF and its programs since the beginning of his career embody the spirit of the Barton A. Cummings Gold Medal Award, which is awarded annually and is named in honour of the late Bart Cummings, whose extraordinary career was dedicated to industry service and to advancing the social and economic values of advertising.

His commitment to the AAF spans several decades and has had a major impact on the Federation’s various initiatives. In 2003, Osborn was inducted into the Advertising Hall of Achievement, which recognizes outstanding advertising leaders age 40 and under who have made a significant impact on the industry. He has spent his time since then heavily involved with the AAF’s leadership as the Vice Chairman on the Board of Directors (2011), Chair of the ADMERICA annual national conference (2011), Chairman of the Board of Directors (2012) and Chairman of the Advertising Hall of Fame (2016), helping advance advertising ethics initiatives, participating as a speaker at various events and supporting various diversity and inclusion programs.

“John Osborn truly embodies the values of what we do here at the AAF,” said James Edmund Datri, President and CEO, American Advertising Federation. “Working with ‘Ozzy’ over the last eight years has been a personal honour for me. He has made an extraordinary and lasting impact on our organization, its leadership and its initiatives, across multiple fronts. He is respected and admired by everyone in our organization – and in our industry – both for his amazing professional skills, and for the humanity, humor, genuine goodwill, generosity and kindness he brings to his work with others. And so we are very proud to award him with the Barton A. Cummings Gold Medal Award this year, the highest honour given for service to the Federation and its membership.”

John Osborn’s involvement in the industry is another piece of this journey. As CEO of BBDO New York since 2004, John Osborn is the longest-tenured CEO of a New York agency. His time with the agency has been spent expanding the agency’s portfolio into more categories and services and building an award-winning team dedicated to servicing its clients with quality and creativity. Additionally, Osborn has spent significant time focusing on inclusiveness and creating a diverse and open environment at BBDO New York. Under his leadership, he formed the BBDO New York Diversity Council and Women’s Leadership Committee to support the goal of building a diverse profile within the multicultural mainstream marketplace. Outside of BBDO, John serves as President of the Board of the Police Athletic League of New York and Chairman of the Board of the American Red Cross of Greater New York.

“John is passionate about the notion that to be great you have to be good," said Steve Pacheco, Director, Sponsorship Marketing, FedEx Services and recipient of the 2013 Barton A. Cummings Award. "Through John’s voluntary involvement with the AAF, he is hopeful that he can help others embark on their own ‘Hall of Fame’ journeys.”

John will be honoured at ADMERICA, the AAF’s annual national conference on Tuesday, June 7 at the Disneyland Resort in Anaheim, CA. Each year, the conference brings leading advertising professionals, agencies, clients, media companies and college students under one roof for education, inspiration, innovation, collaboration and celebration of the advertising industry. The conference also showcases the industry’s best work during the American Advertising Awards and Mosaic Awards, and future talent during the National Student Advertising Competition finals. For more information about ADMERICA and to register for the conference, please visit www.admericaaaf.org.