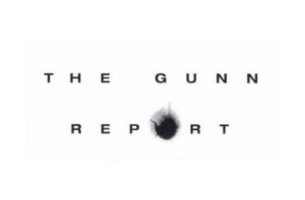 BBDO Worldwide has pulled off a 'notable double.' BBDO topped The Gunn Report as the most creative network in the world. In addition, BBDO New York was the most awarded individual agency. The Gunn Report is a global index of creative excellence, based on the results of 45 global, regional and national creative award competitions.

This marks the tenth year in a row, and the thirteenth time in the 17-year history of this report, that BBDO has been the “top Gunn.” No other network has won more than twice. In addition, BBDO was also ranked the most awarded network in Print, Film and Digital.

“The great thing about the advertising industry is how quickly it evolves,” said Donald Gunn, founder and author of The Gunn Report. “We’ve analyzed the results of the most important awards to bring valuable insights, data and clarity of the best creative ideas.” He continued, “In 2015, BBDO pulled off a notable double, winning the agencies table and rubbing it in with their tenth win in 10 straight years in the agency network table – a truly remarkable display of consistency and excellence.”

BBDO agencies from all around the world contributed to the network’s success. In addition to BBDO New York being ranked #1 most awarded agency, Almap BBDO in Brazil was ranked joint #2. BBDO agencies also delivered some of the worlds most awarded campaigns of the year. Work from BBDO Malaysia for KFC “Burger/Drum Stick/French Fries” was the joint second-most-awarded Print/Out of Home campaign in the world. And BBDO New York’s “#TBT” campaign for Twix Bites was the third-most-awarded commercial of the year.

“First Won, now Gunn,” said Andrew Robertson, President and CEO, BBDO Worldwide. “These rankings are important. There is a proven correlation between work that does exceptionally well in award shows and work that works exceptionally well in the marketplace for clients. To have won Gunn for ten years in a row and the Directory Big Won for eight of the past nine years reflects our maniacal focus on creating and delivering the worlds most compelling commercial content.”

In addition to topping the Directory Big Won and The Gunn Report, BBDO was also named Agency of the Year and Network of the Year by several of the world’s leading publications.