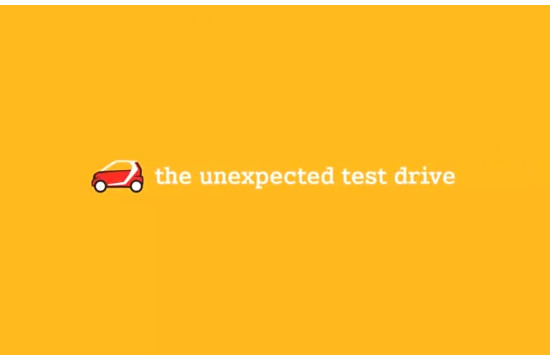 The once elusive, now strongly emerging Russian middle class still prefers big, expensive cars, an obvious proof of its social success. Although most of them are in dire need of a second car, our potential customers showed virtually no interest in our Smarts.

Our objective was to bring the most reluctant consumers to test drive the Smart and change their state of mind from “Smart is not really a car” into being true believers and advocates of the Smart.

Our secret weapon: once you take the Smart for a ride, you’ll fall in love with it.
Core audience’s weakest point: their big cars and all the problems they bring along.

Most illegally parked cars in Moscow are picked-up during the weekend shopping. Once car-less, drivers go through a real ordeal – exorbitant, hours long cab rides through Moscow’s traffic, in order to get back their cars.

At the peak of the driver’s desperation, the Smart Teams jump in, offering free rides, a unique opportunity to test drive the versatile Smart in some of the World’s worst traffic jams.

Being there for them exactly at the moment when they needed a car the most turned reluctant, condescending consumers into true believers – a 100% realistic test drive of the very car that could have saved them from all the hustle.

Blogs and news portals picked-up the stories, generating hundreds of thousands of dollars in earned media and incalculable amounts of positive emotions around the tiny cars that saved the day of Moscow car-less drivers