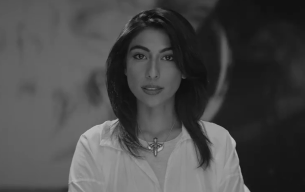 BBDO Pakistan has collaborated with UN Women Pakistan to create a new unconventional campaign – #BeatMe – in the hopes of mobilising women and men to demand an end to violence against women.

In a clever paradox, the campaign showcases a woman inviting men to beat her, but at things she is good at; amazing feats women have achieved globally. Featuring prominent women from Pakistan, including a singer, a mountain climber, a chess champion as well as athletes, the message focuses on the strength of women no matter where they are from and debunks the erroneous notion of women being inferior to men.

Launched last week via social media, the video has received over 2.3 million views and nearly 201million impressions in only 7 days, and shared on Facebook over 35,500 times.

Check out the video below:

Jamshed Kazi, Country Representative for UN Women Pakistan says, “The #BeatMe campaign poignantly drives home a universal message that verbal and physical violence against women in Pakistan and beyond is unacceptable. In every country, we have very resilient, resourceful, talented and brave women and girls. This campaign celebrates their strengths and achievements as being ‘unbeatable’, and acknowledges women’s equality as a driving force for successful societies and nations.”