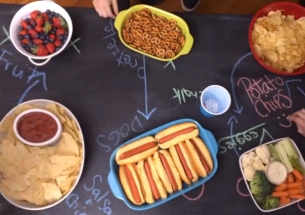 The two new Lowe's #HyperMade videos feature projects that are popular on Pinterest; the videos tell the story from inspiration through project completion in a compelling way. The videos were created by BBDO NY & produced by Decon.