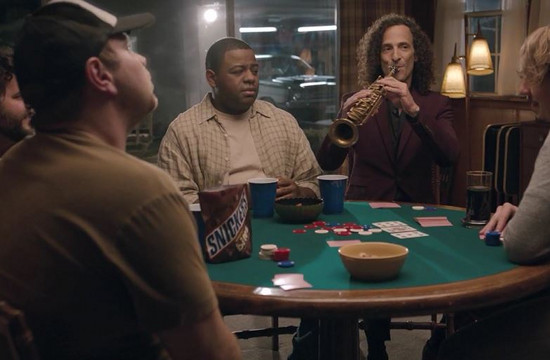 This week, Snickers launches advertising in support of its new Snickers Bites, a “pop ‘em in your mouth,” shrunk-down, small, no-fuss milk-chocolate cube packed with peanuts, caramel and nougat.  Advertising, created by BBDO New York, carries the “You’re not you when you’re hungry” theme and features a group of young guys hanging out, playing cards.  Unfortunately, one of them is not himself because he’s hungry.  Rather, he’s more like the saxophonist Kenny G or, as one of the guys remarks, “Kind of a buzzkill when you’re hungry.”  He eats a Snickers Bites and becomes himself again.

The :30 ad is currently airing online, supported by high impact print and social media.  It’s also the latest ad in the brand’s “You’re not you when you’re hungry” campaign that launched during the 2010 Super Bowl.

Sandy Hook Promise: How To Make a Bomb
View all Work