The film centres on Millie Dresselhaus, the first (and so far only) woman to win the National Medal of Science in Engineering 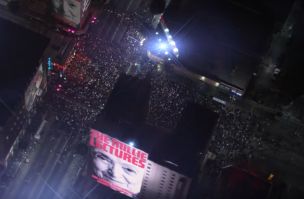 GE is making a huge commitment to bridge the gender gap by setting a goal of hiring 20,000 women in technical roles by 2020.

To assist with these efforts, GE released a new film that imagines what the world would look like if we idolised female scientists and engineers – and their accomplishments – in the same way that we do TV and movie stars.

The film, created by BBDO New York, focuses on Millie Dresselhaus, who in 1990 became the first (and so far only) woman to win the National Medal of Science in Engineering. In the film, the 86-year-old physicist gets hounded by paparazzi, pursued by fans for a selfie, and interviewed on talk shows. She also finds herself turned into an emoji, a doll, a piece of street art, and a Halloween costume.