514 finalists from 34 countries, winners announced on May 7 during Creative Week in New York 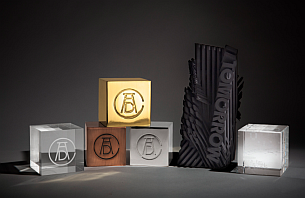 BBDO New York, Dentsu Tokyo and Jung von Matt are the top three agencies in the world with the most finalists entries for the global ADC 97th Annual Awards, as announced today by The One Club for Creativity, the world's foremost non-profit organisation celebrating creative excellence in advertising and design.

Leading the way with 31 finalists entries is BBDO New York, including seven for P&G “The Talk” and six for Downtown Records’ “Live Looper” featuring the band the Academic.  Dentsu Tokyo has 23 finalists for 15 clients and Hamburg, Germany’s Jung von Matt has 20 finalists, including eight for “BVG x adidas - The Ticket Shoe” on behalf of client Berliner Verkehrsbetriebe (BVG).

Samsung “Ostrich” was the entry with the most finalists spots, collecting nine for the team of Samsung Group Worldwide, MJZ Los Angeles and MPC London and Los Angeles, with Leo Burnett Chicago.

This year’s show has 514 finalists representing 34 countries.  The US has the most finalists, followed by Japan with 51, Germany with 45, Canada with 26, the UK and China with 25 each, and France with 21.

The One Club for Creativity awards shows each have their distinct focus.  The ADC Annual Awards maintains its historical concentration as the champion for craft, design and innovation, while The One Show focuses on creativity of ideas and quality of execution.

The show is part of The One Club for Creativity’s Creative Week, May 7-11, 2018 in New York (http://www.oneclub.org/creativeweek/).  The preeminent festival showcasing the intersection of advertising, innovation and creative thinking, Creative Week also includes The One Show over two nights, the dynamic Young Ones Education Festival, inspiring sessions with some of the biggest names in the industry at the Creative Summit and the exclusive Executive Creative Summit, open to a limited number of top-level leaders (founders, CCOs, managing partners).

The One Club for Creativity (http://www.oneclub.org), producer of the prestigious One Show, ADC Annual Awards, Creative Week and Portfolio Night, is the world's foremost non-profit organization recognizing creative excellence in advertising and design.  The ADC Annual Awards honors the best work across all disciplines, including Advertising, Interactive, Design and Motion. Creative Week takes place in New York City every May and is the preeminent festival celebrating the intersection of advertising and the arts.