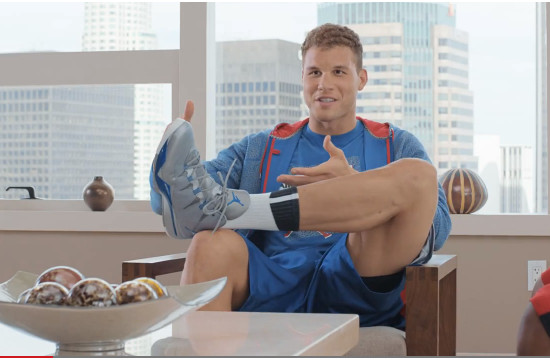 In the spot (titled “The Endorser”), NBAer Blake Griffin says he loves his fresh Jordan gear from Foot Locker.  But Blake does a lot of commercials, so how do we know he means it?

CP3 helps us get to the bottom of things.

The commercial is part of the brand’s popular “Foot Locker Approved” campaign which debuted last year.  A recent spot from the campaign, “Conversation Lift” (which starred Shaquille O’Neal and rapper Tyga) was the third most popular commercial on Google’s YouTube Ads Leaderboard for July 2013.