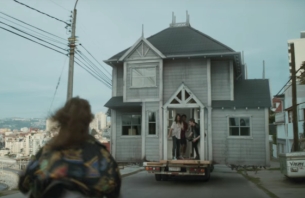 Today, the Bacardi brand launched a new advertising and experiential campaign based on the idea that “There’s Nothing in the Way.” The campaign builds on the brand’s ‘BARCARDI Untameable Since 1862’ and gives it a new beginning by connecting with consumers on their terms, in their world, and in their way. The work marks the first advertising created by BBDO since it was named Bacardi’s new global creative agency partner earlier this year.

The advertising features a group of friends letting nothing get in the way of hosting their very own house party. The work is styled similar to a movie trailer, giving the audience a sneak peek into the brand world and house party, leaving you wanting to see and learn more. “We wanted to make something that would drag people into the screen - a film that people watching would say ‘I want to be on that trip! I want to be on that truck,’” said Danilo Boer, Executive Creative Director, BBDO NY.

The campaign kicks off with a 30 second TV spot and longer length online film that will run on broadcast and cable TV programs as well as social platforms including Pandora, Hulu, YouTube and ESPN.

Accompanying the advertising will be a series of experiential events that quite literally bring the work to life via a real-world house party tour on a flatbed truck that will travel down the East Coast, kicking off in Philadelphia, PA on October 31st in celebration of Halloween.  The tour will include a combination of surprising creative moments and activations, top-notch musical performances and an overall party atmosphere that will show guests what it truly means to let nothing in the way of an amazing house party.