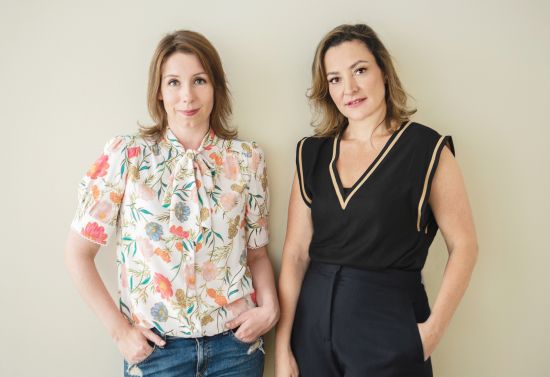 “Daniela and Susan are the kind of creative leaders you don’t often find,” said MacDonald. “They can deliver smart, compelling and engaging work for huge technology brands. They’re passionate about using their talents for good - as demonstrated in their work for ‘March for Our Lives'. And along the way they happened to make one of the most popular Super Bowl spots of all time. We’re thrilled they’re joining our AT&T group to help build the best integrated media and creative team in advertising.”

At McCann New York, Vojta and Young led creative development on Microsoft where, among other things, they spearheaded the Girls in STEM initiative, started the annual Patent Program for Women and helped launch Windows 10 globally. Efforts in support of 'March for Our Lives' also made a difference, while earning five Lions at the recent Cannes Lions International Festival of Creativity. Prior to joining McCann New York, the duo worked at Saatchi & Saatchi New York, where they helped launch Tide Pods and create the Tide 'Miracle Stain' Super Bowl ad, regarded as one of the best Super Bowl spots of the past decade. They’ve been named Creatives You Should Know and ranked among the Creative 100. And in addition to Cannes Lions, their work has been recognised by the One Show, D&AD, Clios, Effies, ADC, Webbys and more.

“Our competitive advantage is the people and talent we have within these walls,” said Greg Hahn, Chief Creative Officer, BBDO New York. “Bringing Daniela and Susan in as new leaders adds to that advantage exponentially.”