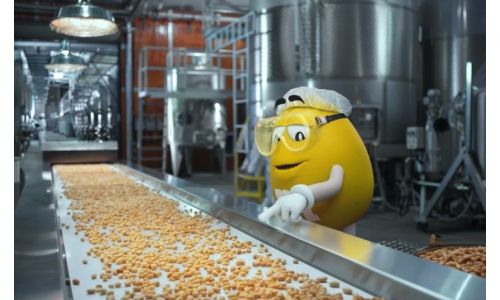 Now comes the latest spot in this campaign.

The commercial, called “Conveyor," once again stars Yellow and emphasizes the fact that only “1 in 100” peanuts are lucky enough to actually make it into the product.  It was created by BBDO New York, Mars chocolate’s creative agency partner.  The spot debuts this week and will air for the remainder of the year.