The campaign, now in its sixth year, has had a demonstrable impact on driving behaviour 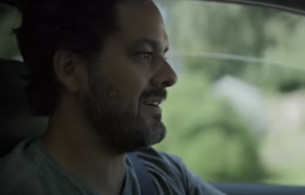 Labor Day marks the unofficial end of summer.  It also marks one of the heaviest holiday travel weekends. More cars on the road means there is more risk of accidents.  So AT&T has chosen this time to launch the latest iteration of its It Can Wait campaign.  The campaign, now in its sixth year, has had a demonstrable impact on driving behaviour. But there is still more work to be done.

In the past six years since the campaign launched, we learned people do it, that they know it is dangerous and it may be a compulsion, but we need to change behavior/social norm.  So today, AT&T’s It Can Wait campaign is releasing new creative and new research that shows that when there are passengers in a car, 36% of drivers admit to using a smartphone while driving, with the number dropping to 30% when driving with a child.  But when people are alone, the number increases dramatically to 64%.

But the truth is, we are never alone on the road and that insight led us to the new creative that launches today with the :30 spot “The Unseen.”  There will also be a long-form video available in the coming days along with print, radio, social and digital.  The new film and :30 spot were directed by Frederic Planchon, who also directed last year’s award-winning “Close to Home” film.

Artist: This Will Destroy You