BBDO New York Is Bringing Snickers to the Super Bowl 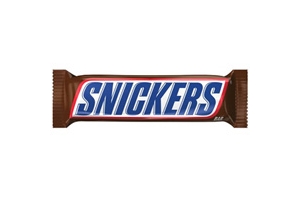 Mars Chocolate North America announced SNICKERS is returning to the country’s biggest marketing stage with an all-new commercial that will debut on Sunday, Feb. 1 during Super Bowl XLIX on NBC. Although this is the first Super Bowl commercial for the brand since 2011, SNICKERS is an official NFL sponsor with a rich history of advertising during America’s most watched sporting event.

In 2010, the brand debuted its “You’re Not You When You’re Hungry” campaign during a celebrated Super Bowl XLIV spot in which a hungry football player literally transforms into a slow-moving, wise-cracking Betty White due to hunger. The humorous commercial immediately scored with media and consumers, skyrocketing to the top of several fan polls. The momentum propelled the campaign across the globe, where today “You’re Not You When You’re Hungry” appears in more than 80 countries.

“We’re thrilled to bring our ‘You’re Not You When You’re Hungry’ campaign back to the place where it became a breakout hit,” said Allison Miazga-Bedrick, Director, SNICKERS Brand. “Super Bowl XLIX offers a massive platform to kick off what we expect will be an equally enormous year for SNICKERS.”

The 30-second commercial will be produced by BBDO New York, and supported by a fully integrated marketing campaign starting in January. For updates and information on the way to game day, fans should visit the official SNICKERS® Facebook page or official Twitter handle.