BBDO Japan’s Tony Harris Is the New Kid In Town

Trends and Insight 885 Add to collection 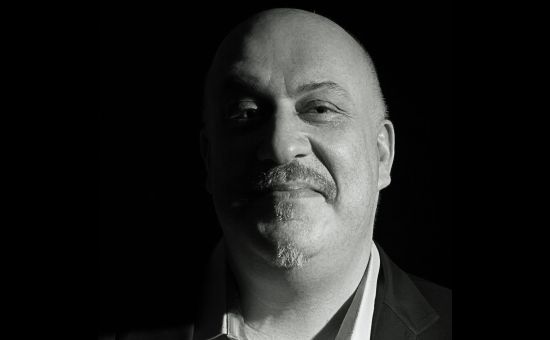 In his 2010 memoir of his political life in UK politics, Peter Mandelson, who had held roles as both Cabinet Minister and European Commissioner, noted that “the world has tilted eastward”.

At a time when we consider the effect of the slowing Chinese economy on the rest of the world, it can be forgotten that Japan remains the world’s third largest advertising market with a level of development, both in terms of innovation and creativity, that can rival anywhere in the world.

The accusation is inevitably that Japanese work is only really understandable (language aside) domestically and that this idiosyncratic approach is of little relevance outside “Planet Japan”.

Admittedly, on the first announcement of my move within the BBDO network from Manila to Tokyo, many observers felt obliged to point out that the corporate corridors (especially in the advertising industry) had been littered with the corpses of foreigners who had come to Japan with a mandate for change only to fail spectacularly. How could I possibly fare any differently?

After not even three months in Tokyo, I cannot, with hand on heart, assure you that I can become an unstoppable success but I can say that it is a myth that the advertising scene is impenetrable to those from overseas.

Having spent the last four years telling the world that “It’s more fun in The Philippines”, I was told that the atmosphere would be more austere and less welcoming. Far from it.

Admittedly, taxi drivers in Tokyo may not like you opening the passenger doors yourself but they do not interrogate you for your potted history and employment prospects in the hope that they can marry you off to one of their sisters. There is, however, a respect for your privacy that can so quickly turn into the most charming (almost relentless) desire to help with advice or help should you ask for it.

All of which will surely benefit the nation as the world “tilts” towards Japan.

I say this because, in 2020, like it or not, the World is coming to Tokyo when the Olympics comes to the city for the first time since 1964. We’ve already seen how the Games can transform the opinion of cities and countries – look at Barcelona, Sydney and of course London – and how global reputation can soar.

Development is well underway and we can see the site of some of the construction activity from our BBDO Japan offices here down in Kachidoki. This is also going to be the site of the new fish market and so the area will surely become a fantastic fusion of traditional and international.

With this development, the “Planet Japan” cliché becomes less and less relevant as global brands become more concerned with presence in a market that is so consumer-centric. No longer can brands just assume that the local Japanese market is one in which their presence and ability to thrive is in some way diminished.

Of course, there are some very acute differences in advertising consumption; for instance the preference for the 15 second time-length. However, I would hazard that this is more an indication of the level of sophistication that the Japanese audience has to decode advertising messaging at speed.

So the task for us at BBDO Japan is to put us in the epicentre of this increased international interest. The BBDO network remains the most consistently awarded across the world both in terms of creativity and importantly, effectiveness – the link between the two now having been proved in some excellent studies. Our task is to present an even more consistent BBDO offering for our clients as they seek to leverage their global stature in this market of heightened interest.

We have the tools that we can adopt and we certainly have the talent. We have the connections around the world to open our eyes to fascinating market developments elsewhere.

But interestingly, we have the environment. Tokyo remains a city of dazzling efficiency, breathtaking aesthetics and triumph of form meeting function. Where better to charge the synapses with such abundant creativity all around.

The presentation of food, the efficiency of transport and the sheer pleasure in retailing only serve to reinforce the atmosphere of inspiration and potential that I can feel here already. At BBDO Japan, we hope to capitalise on this very same atmosphere in partnership with our clients.

Which of course has everyone still wondering whether I can honestly make it work here.

As I said, the environment is set up for success and our intention is to become part of it.

As long as I stop annoying the taxi drivers by opening the passenger doors, I’m hopeful that I might make it through unscathed.