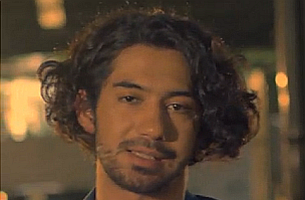 Indonesia has the 2nd highest rate of tuberculosis (TB) in the world, resulting in an estimated 300 deaths from TB per day. Despite this, awareness of the risks, care and treatment of TB in Indonesia is incredibly low. What is known is that if untreated, people with active TB can infect 10–15 other people over the course of a year, which has a substantial impact on the livelihoods of people as it affects people during their most productive years of life.
In order to increase awareness in Indonesia about tuberculosis, USAID Indonesia has partnered with the Forum Stop TB Partnership Indonesia (FSTPI) and BBDO Indonesia to launch the #PedulikitaPeduliTBC (#CareForUsCareForTB) campaign.
Targeting Indonesian males and females aged 15-35 years old, the campaign is driven via social channels, including influencers and KOLs.
Jonathan Ross, Director Office of Health, USAID Indonesia said, “Embracing a positive angle to raising awareness about TB, the BBDO Indonesia Team developed innovative approaches to utilize multiple social media platforms, and used highly visible KOLs to get the message out. Throughout the collaborative process, the BBDO Team was flexible and open to new ideas which led to an outstanding result. We thoroughly enjoyed working with the BBDO and PHD Team.”
Sumana Brahman, Chief of Party for the BANTU Project said, “Though the concept of promoting awareness tuberculosis was a novel experience for them, the BBDO creative and media team quickly mobilized to provide excellent insight and technical guidance on the overall campaign objective, and quickly developed a unique and appealing digital awareness campaign – one which is rooted in the Indonesian cultural norms of caring for loved ones –  and that effectively targets urban-based millennials with a positive, hopeful message and a simple call for action. The resulting public service announcement (PSA) is excellent.”
Vaishali Sarkar CEO BBDO Indonesia said, “It has been an honour to work on a campaign which has such a huge social impact. TB is a silent killer in Indonesia, impacting the lives of millions. BBDO Indonesia is privileged to have been selected, from a competitive 4 agency pitch, as the communication partner for USAID and Bantu. For the first time in Indonesia, a PSA was presented in an optimistic, innovative and progressive manner. It was also the first time we used a Mobile first approach. Low budget but high impact online videos were shot in a vertical format, with 4 celebrities stepping forward with a rallying cry #PedulikitaPeduliTBC (#CareForUsCareForTB). If this campaign can bring down fatalities and encourage testing in Indonesia, that’s when our job will truly be done”.
Launched to coincide with World Tuberculosis Day, March 24, #PeduliKitaPeduliTBC invites the people of Indonesia to get behind this incredibly important health initiative and commit to spreading the word; and stop the spreading of the disease.
view more - Creative