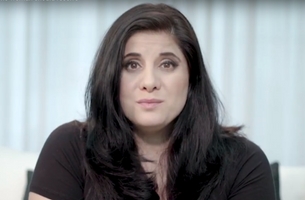 WIZO (Women's International Zionist Organization), the largest women's association in Israel, the Families of Murder Victims organisation alongside the advertising agency Gitam BBDO aimed to change the law related to domestic violence and targeted influent politicians on Tu B'Av, the Hebrew Valentine's Day, by sending them flowers, but not regular roses or just colourful bouquets.
The ministers and the Parliament members got dried mourning flowers, taken from the murder victims' graves, women killed by their partners In a burst of rage, jealousy or temporary insanity.
Tens of women sadly were killed during 2016, and with a relaxed punishment for the perpetrators, the phenomena just got worse over the next year and the number of murdered women by their own spouse continued to increase.
Something had to be done in order to impact the decision-makers in Israel to change a very relaxed law and prevent any more domestic violence deaths.The campaign was shot and produced in collaboration with some of the murdered women’s children. Although a very emotional and personal journey, they were committed to the cause and believed in its purpose.
In just a few days, the campaign became viral, with thousands of shares and hundreds of thousands of comments to a very heated discussion that started online.
The campaign, worth over 50.000 E in earned media, sparked debates in all the political factions, and three bills are currently on the legislators’ table, aimed at changing the legislation and the punishment degree in order to prevent the next murder.
After all, there are flowers that no woman should receive.Launched on Tu B'Av day, the campaign had a comeback on 14th of February, in order to raise awareness on the domestic violence issue worldwide.
view more - Creative