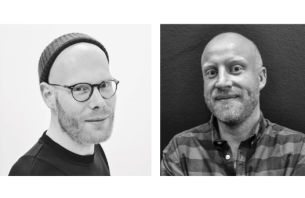 BBDO Berlin is pressing ahead with the strategic expansion of its own content production and the agency has therefore recruited two top names: Michael Lorenz (38) has been appointed to the new post of head of creative content, with immediate effect, while Alexander Münzer (37) will be strengthening the team in the role of executive producer.

Michael Lorenz is joining BBDO from the fischerAppelt agency, where his most recent post was Director Creative Content in the Berlin and Stuttgart branches with responsibility for content projects and digital campaigns for companies such as Bayer, Bosch, Daimler, Deutsche Bahn, Deutsche Bank and Novartis. Michael Lorenz has also worked for corporate TV agency atkon and music video streaming provider tape.tv, where his final position was head of the production and format department. His tasks included the pilot testing of new formats and the creative, content-based implementation of visual campaigns for Volkswagen, Beck's, Ford, Lacoste and Jägermeister. Michael Lorenz also worked as a concept developer, author and director for 3sat, Arte, Axel Springer, RedBull, Spiegel TV, Universal Music and ZDFkultur.

Alexander Münzer is making the move from Heimat Berlin to BBDO Berlin. At Heimat he was senior producer of video productions for both national and international clients such as Swisscom, Das Handwerk, Ferrero and the Otto Group. Previously, the graduate in film and TV studies worked for the VCCP agency, where his clients included o2, Nike, Sky and Heineken. Alexander Münzer was also employed by a number of film production companies in Berlin and Hamburg. He has won numerous awards for his work at creative festivals, among them Cannes, Eurobest, LIA and New York Festivals.

According to Till Diestel, creative director at BBDO Berlin: "Michael and Alexander represent excellent additions to our agency team. Primarily, they will both be helping us develop new – and even more innovative – media and content formats for our clients."

At the beginning of December Mark Hassan (42) will also be joining BBDO Berlin as the agency's new consulting director. As announced at the end of August, the experienced consulting expert is moving to BBDO from Grabarz & Partner . He has undertaken projects for both national and international clients, including Netflix, MINI, Burger King, Volksbanken Raiffeisenbanken, Coca-Cola and Hornbach.