BBC Three's 'Perfect Day' Reboot is an Ode to Individuality 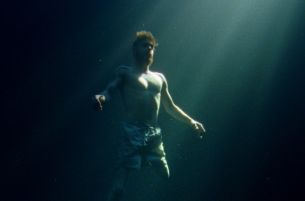 This short film is a reflection of a variety of different, individual perfect days from a mix of people who have featured in stories, documentaries and comedies across BBC Three delivering the lines of Lou Reed’s iconic song.

Damian Kavanagh, Controller, BBC Three, says: “In the two years since moving online, BBC Three continues to push boundaries. We present real characters and stories that reflect the different faces of youth culture in an authentic way and this film offers an unfiltered view of life and individuals that BBC Three celebrates. Due to our multiplatform approach, whether it is comedy or current affairs, no matter the genre, no one else can tell the stories we do, like we do.”

The original version was much loved and this is a fresh take for a new generation made by BBC Creative, the BBC’s in-house creative agency, and directed by Dylan Southern & Will Lovelace, collectively known as 32 (Pulse Films). The music for the new version of the track has been created by up-and coming producer Courage.

Directors Dylan Southern & Will Lovelace commented: "This was a film we knew we had to be involved in as soon as we read the creative. Mainly because it provided a rare opportunity to get out of the bubble of London, and represent and hear the voices of unique individuals from all over the UK.

"Everybody of a certain age remembers the BBC's iconic ‘Perfect Day’ ad of twenty (yes twenty) years ago, but we knew with this film we had to reach a new audience who might not be so familiar with the original. This was a chance to re-contextualise the BBC’s relationship with Lou Reed’s iconic song in a way that reflects the lives and experiences of young people throughout the country.

"The cast were selected from BBC Three’s existing programming to illustrate the genuine diversity the channel represents. We wanted our presentation of our subjects to have it’s own aesthetic, a look that would stand out when broadcast. We chose to shoot on 16mm, and to go beyond portraiture and sung performance, choosing instead to build the song through spoken word and real life situations. The shoot was one of the most memorable we’ve experienced, taking us throughout the country,  meeting inspiring characters, all with amazing stories. We hope the film inspires people to take the time to find out more about them online. "