BBC Shines Spotlight on Police Corruption with 'Undercover' and 'Hillsborough' 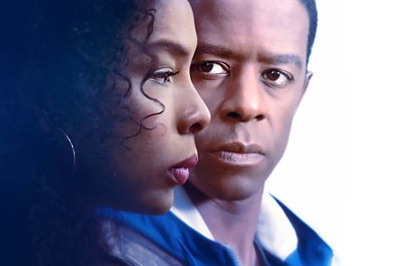 The subject of police corruption both real and fictional casts its dank shadow over the BBC schedules this weekend.

‘Hillsborough’ (from Passion Pictures) is a definitive account of the tragic events that cost 96 innocent people their lives 27 years ago.  The documentary features the harrowing testimonies of survivors and includes interviews with four former South Yorkshire constables who have never before spoken in public about their experience.  The film was broadcast last year in America, Australia and New Zealand to widespread acclaim, but was banned from the UK for fear of prejudicing the Warrington jury which last week recorded ‘unlawful killing’ verdicts over the deaths at Sheffield Wednesday’s ground.

Writing the music for a documentary about such an emotive subject demands a sensitive as well as skillful composer and Manners McDade's Tim Atack’s score for the programme is suitably sublime and ranks among his very best work.

Also broadcast this Sunday is the sixth and final episode of Undercover (pictured above), the gripping contemporary drama starring the peerless Sophie Okonedo and Adrian Lester.  The plot concerns a human rights lawyer whose husband has concealed a terrible secret from his wife for the 20 years of their marriage.  In case anyone reading this has yet to watch the show – and if you haven’t you can catch up via iPlayer – we shall not spoil it for you here, but police corruption rears it’s ugly head once again.

The music for ‘Undercover’ comes from the brilliant Vince Pope.  Following on from his stellar work on No Offence, Gamechangers, and The Aliens earlier this year, Vince is now rightly considered the go-to guy for contemporary drama.