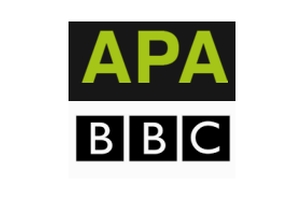 The BBC has announced that it will open up its in-house creative marketing production to the open market in order to access the best directing and production talent. The BBC’s exclusive production agreement with Red Bee has now ended and the corporation will be partnering with the APA to draw talent from the whole of the production market. Creative content such as trails, station idents, and promotional material for BBC radio and television programmes will be originated by the BBC’s in-house department, BBC Creative, under the new, creative direction of Aidan McClure and Laurent Simon. The BBC will also continue to work with its lead agency RKCR/Y&R.

Explaining the changes, BBC Creative’s Head of External Delivery, James Wood said: “As part of our commitment to opening up the BBC to the creative industries we have ended our agreement with Red Bee and will be looking to work with the very best production talent from across the UK whoever they work for.”

“We are looking forward to working with a variety of different companies and Directors, who will bring fresh ideas, creativity and ambition to the BBC’s creative work. I particularly hope that we will be able to work with and nurture young talent, as part of the BBC’s objective of helping develop the UK’s creative economy.”

APA Chief Executive, Steve Davies, said: “APA members are delighted to be pitching for BBC work. The BBC has a high creative standard and a history of creating exciting work, going back to Perfect Day. We think the BBC will find it gets great work and value on the back of that and the goodwill that the Corporation enjoys.”

It¹s hoped that this partnership between the BBC, the APA, and the wider production industry will be the catalyst for a raft of exciting new creative work on television, radio and online.