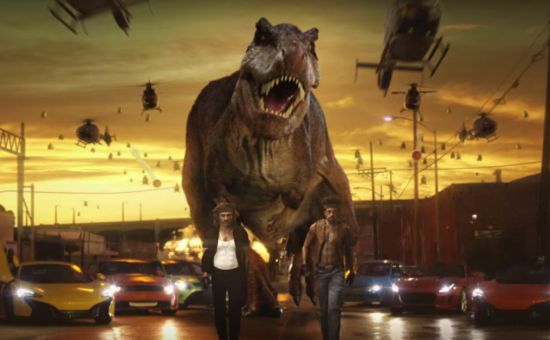 Stubhub - ‘the commLet Your Fan Out’

Agency Heat had a tough act to follow after last year’s successful Madden film - and this absolutely bonkers short film starring Dave Franco and Christopher Mintz-Plasse did not disappoint. We actually caught up with the team to find out how they made it.

BBDO San Francisco invited foodies to a once-in-a-lifetime dining experience for SEEDS OF CHANGE: the chance to taste endangered species. But not all was what it seemed…

This eye-opening documentary from Strike Anywhere chronicles the turbulent drama of the 1980s cocaine scandal that brought Major League Baseball to its knees.

*That* scene from Terminator 2 gets a revamp to celebrate Arnie’s feature in the most recent WWE game franchise. Spot out of BarrettSF.

Olde Salty is the character created by Grey SF in this campaign for The Salt Institute. We love him and his one-liners.

Cutwater partnered with directors, husband and wife duo Lisanne Pajot and James Swirsky to launch this 25-minute documentary on the history of Assassin’s Creed.

Dave Grohl, aka the world’s nicest rocker, broke his leg back in June. EVB and development shop BausCode devised a way for anyone, anywhere, to give Grohl a little long-distance love - #SignDavesCast. Check it out here.