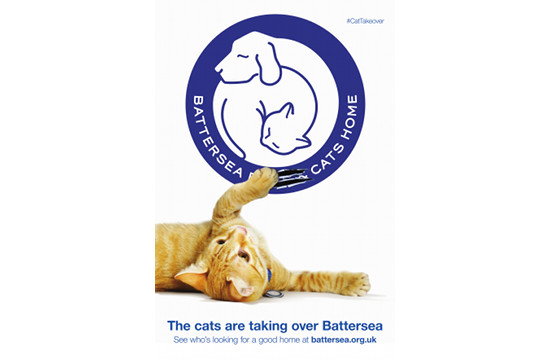 Cats are taking over Battersea, according to the latest ad campaign for leading animal charity Battersea Dogs & Cats Home.

The UK’s oldest and most famous home for dogs and cats has launched an outdoor and online campaign by MRM Meteorite to raise awareness that it rehomes cats as well as dogs.

The new advertising is designed to show just how smart cats are with a light hearted play on the age-old rivalry between cats and dogs. We show cats appearing to burst through the word ‘dog’ in the Battersea logo, as well as scratching ‘dog’ off the logo so that it reads ‘Battersea Cats Home’.

The campaign, which breaks this week, will run across the London Underground on outdoor six-sheets and digital escalator panels as well as online with digital display advertising. 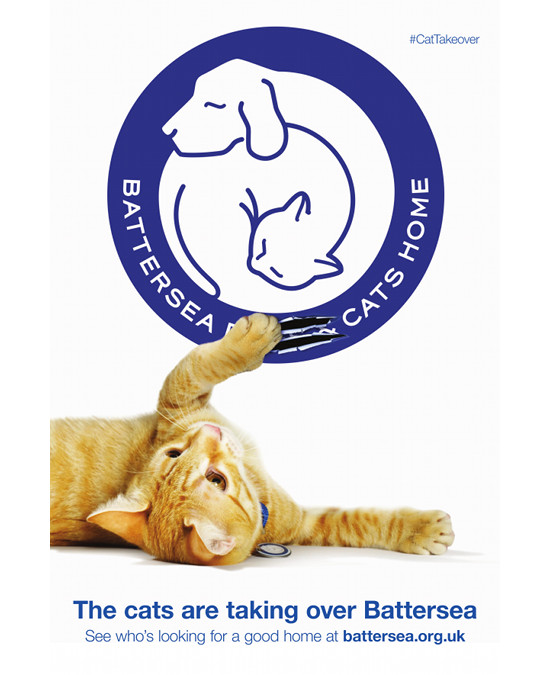 Battersea’s Director of Communications, Dee McIntosh said: “We’ve had a lot of fun in devising this campaign with MRM Meteorite to show just how clever and funny Battersea cats are. We’ve been re-homing cats since 1883 but we’re still best known for our dogs. With interest in re-homing cats increasing we feel it’s the right time for a cat takeover at our three centres.”

Dan Douglass, Executive Creative Director at MRM Meteorite, said: “The campaign raises the profile of Battersea’s cat rehoming services and makes cats the centre of attention for a change. As the charity was previously called Battersea Dogs Home, dogs have had most of the attention over the years. Now the cats at Battersea are evening things up.”