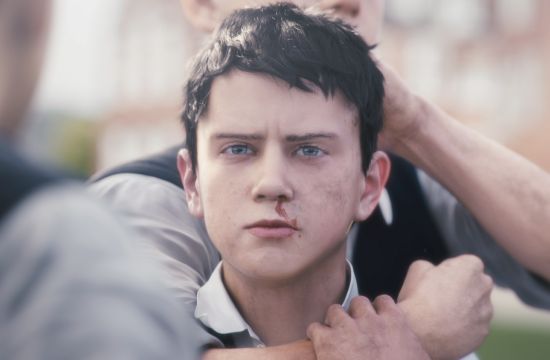 He might have fought The Riddler, Harley Quinn and, of course, The Joker, but as any bat-fan knows, Bruce Wayne's biggest battle is with himself. This new spot for upcoming game Batman: Arkham Origins shows Bruce's personal evolution from bereaved son to hardened crime fighter.

The spot was created by Blur Studios, in collaboration with Warner Bros. interactive Entertainment and DC Comics.

The game, which is the third in the blockbuster Batman: Arkham series, is due to launch in just over a week and the Batman: Arkham Origins spot will be running on broadcast TV starting October 19.  The emotional piece depicts the transformation from Bruce Wayne's dark childhood to his position as the feared crime-fighting hero.

Developed by WB Games Montréal, Batman: Arkham Origins is based on DC Comics’ core Batman license and features an expanded Gotham City and introduces an original prequel storyline set several years before the events of Batman: Arkham Asylum and Batman: Arkham City.  Taking place before the rise of Gotham City’s most dangerous criminals, the game showcases a young and unrefined Batman as he faces a defining moment in his early career as a crime fighter that sets his path to becoming the Dark Knight. As the story unfolds, players will meet many important characters for the first time and forge key relationships.