Alpha Century teams up with professional base jumper Matt Gerdes 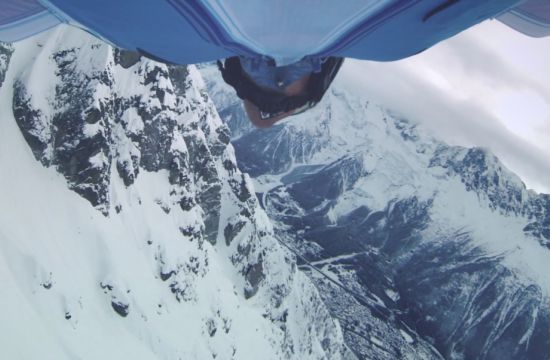 London agency Alpha Century has been experiencing a serious adrenaline overdose in their latest project for Toshiba laptop Kira. Set against a series of epic visuals in the French Alps, US-based Matt Gerdes a professional base jumper and wingsuit designer leads us through his thoughts and pre-jump process, we see as he prepares to jump once again after searching out and discovering a new route down the mountains.

Part interview, part documentary, the film features the conceptual and philosophical side of the sport – exploring the ‘two sides’ of running a growing business and jumping into thin air. The films were designed to inspire  & activate an elite audience of 35yrs + professionals, enforcing the qualities that lead to excellence whilst exploring what it take to be great.

The film explores the science of the wingsuit base jumping and what drives a man like Gerdes to repeatedly risk his life, now with over 900 jumps to his name.

The Toshiba Kira features as the portal through which the interviewee can display and elucidate on the technology and artistry of the sport.  The high resolution touch screen is the perfect tool for showing off technical drawings, reviewing films and exploring maps.

The films collectively will be shown across Europe, TV, CInema and online; a series of eight sponsorship idents have also been cut to support Channel 4's 'Live From Space' series currently airing in the UK.