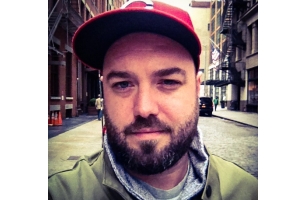 Barton F. Graf 9000 announced today that Roger Bova has joined the agency as Head of Design, effective immediately. Roger will report directly to Founder and Chief Creative Officer Gerry Graf. Roger will work across all accounts.

Roger joins Barton from Anomaly, where he was Design Director working on Budweiser, Diageo, and a variety of innovation projects. He began his career as Art Director at Plexifilm, an independent DVD label with a focus on music, art and foreign films. He opened his own studio, Roger&Co, in 2007, and worked with a variety of unique clients, design firms and ad agencies, some of which included Arnell Group, Rockstar Games, Abrams Books, and A Public Space literary magazine.

“You cannot be an elite creative agency without great design. Roger and his team will give us just that,” said Gerry Graf. “I’m looking forward to Roger making all of our work even better as we continue to offer different creative solutions to our clients.”