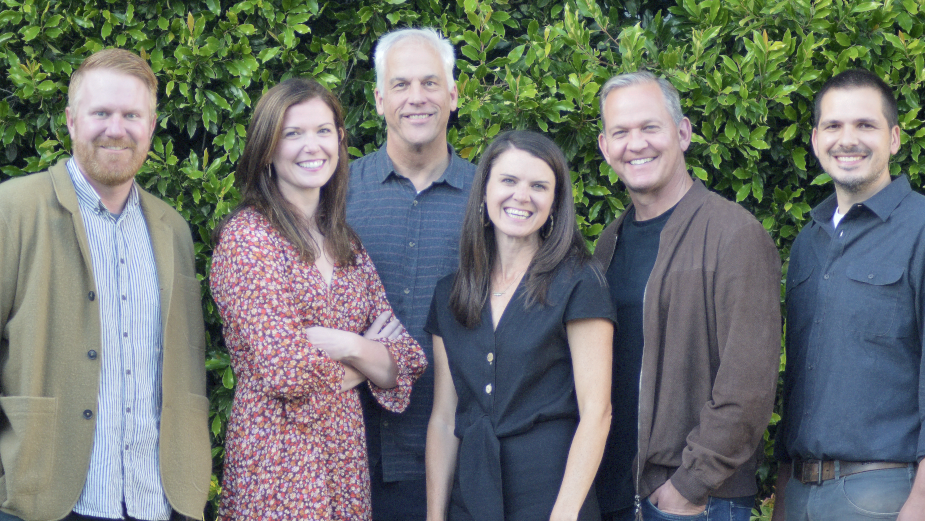 “For the last five-plus years, Molly, Jillian, Todd and Conor have been leading barrettSF to greater heights. They are our heart and brains and soul,” said Jamie. “I can’t imagine the future of this place without them, and I am grateful and proud to call them partners.”

Jillian Davis, partner, head of strategy, background in human psychology, has been at the center of her strategic insights for campaigns including Walmart’s rebranding and employee-recruitment campaign ‘This is that place’ and cause-based initiatives for barrettSF including CoachArt, StandUp2Cancer, NIVA and Drop a Brick. As a leader of the agency’s new-business team, she’s helped the agency win and retain strong relationships with Sutter Health, Cost Plus World Market, Walmart, LifeStraw, and many others. Jillian has a rich client history with Target, Google, PepsiCo, Blue Cross Blue Shield, Lucy Activewear, Phillips Distilling and more from her time at previous Minnesota-based agencies Carmichael Lynch and MONO.

Todd Eisner, partner, executive creative director, has been the lead creative on barrettSF’s accounts from Rubio’s Coastal Cuisine to the XFL. He has been the driving force behind the award-winning work for WWE 2K for the past five years, working with stars such as Brock Lesnar, Ronda Rousey, Hulk Hogan—and he even wrote a song for Snoop Dogg. His employer brand campaign for Walmart runs in 27 countries and has been translated into 11 different languages. Throughout his career, he created award-winning work for Chevrolet trucks, Cheetos, TD Ameritrade, Sonic Drive-In and more. He began his career doing a variety of illustration, animation and writing for literary powerhouse MAD Magazine. Todd co-authored the children’s book ‘The Pumpkin and the Pantsuit,’ which peaked at #33 on the Amazon sales charts. He also directed Ryan Reynolds as Deadpool (in animated form) for Marvel Strike Force.

Conor Duignan, partner, head of production, has produced award-winning campaigns for the NBA, Xfinity, the California Milk Processor Board (‘got milk?’), Chevrolet, Bleacher Report, WWE 2K, Cost Plus World Market and more. He began his career in account services, quickly moving to his true calling of production and worked alongside Jamie Barrett at Goodby, Silverstein & Partners and then joined the barrettSF family as head of production. Conor’s career highlights include shooting with three-time Academy Award winner Emmanuel ‘Chivo’ Lubezki, traveling the world for Chevrolet’s 100th anniversary campaign, and beating Kevin Durant in one-on-one while on set (although it still remains unclear if Durant knew they were actually ‘playing one-on-one.’)

Molly Warner, partner, head of people. Her love for great talent and organizational culture led to her role in leading all things internal, including recruiting, resourcing, HR, agency culture and operations. Prior to being appointed to her People role in 2019, she spent 14 years working in strategic management on the account side and served as head of Account Service at barrettSF. During her time at the agency, she’s led a long list of clients including Chime, Rubio’s Coastal Grill, Meyer Sound, Salesforce, Exchange Bank, In-Shape Health Clubs and Tipping Point Community. Prior to barrettSF, she worked on education and nonprofit accounts such as Golden Gate University and Business for Social Responsibility to Virgin America, Dignity Health, Yahoo!, Apple, Sun Valley Resort and Visit Sun Valley, Coinstar, and Callaway Golf.

Jamie opened his independent creative shop in 2012, and bSF has grown its business steadily each year. The award-winning shop was named West Coast Small Agency of the Year in 2018 by Ad Age. Its clients include Sutter Health, ASICS, 2K Games, Cost Plus World Market, Chime, Walmart, and the Oakland A’s, and it has just signed two new clients to be announced this coming month.