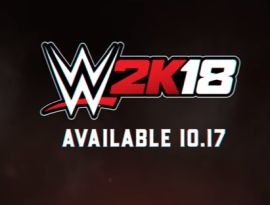 In “Vandal,” its latest creative work for the WWE 2K video game franchise, advertising agency barrettSF is focusing on the future by disrespecting the past. The new spot launched June 19 on ESPN with the tagline: “Be Like No One.”

In years past, names like Dwayne “The Rock” Johnson, John Cena, Stone Cold Steve Austin and Brock Lesnar have been announced as cover stars, but this year’s cover star, Seth Rollins, could care less about the past. He’s burning it to the ground.

Seth Rollins is a dynamic in-ring architect, charismatic leader and fan-favorite WWE personality. Showcasing him created a unique opportunity to elevate the next generation of WWE Superstars by rebelling against the company’s storied history, rather than embracing it.

Now in its fourth year with 2K Sports, barrettSF has strived to bring a new level of intrigue to the WWE brand.

“WWE fans are passionate about the brand and the way its personalities are portrayed,” said Todd Eisner, Associate Partner and Creative Director at barrettSF. “We want to entertain, but we also want to do justice to the WWE Superstars. These men and women are incredible at what they do.”

The new spot opens late at night outside a large warehouse. Once inside, we discover the warehouse is actually a showroom with more than 50 years of WWE history on display: the WWE archives. Throughout the rest of the spot, we see iconic pieces of WWE’s history smashed, destroyed and burnt by a masked intruder. In the end, the intruder is revealed to be the star of WWE’s current and future generation, Seth Rollins.

“We’re used to sports franchises celebrating their history,” said Senior Art Director Jen Hart, “so it says a lot about WWE and 2K’s commitment to the future that they’re willing to, quite literally, burn it down.”