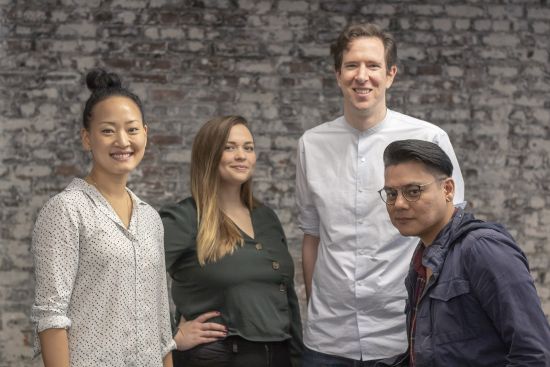 Anna Raynor joins barrettSF as an account supervisor. Anna joins the agency from Pereira & O’Dell (POD) where she worked as a brand supervisor on Fifth Third Bank. Prior to POD, Anna worked at Swirl on the Microsoft store business and before that at Garage Team in LA on Mazda.

"Both Alice and Anna are our type of people. They fight for our clients and fight for creative. It's a tough mix to find,” said co-founder Patrick Kelly.

barrettSF also hired Michael Jason Enriquez and Adam Gothelf as a senior creative team on 2K Games, Rubio’s Coastal Grill, Zappos and new business. Adam and Michael teamed up together previously at RPA to work on Honda before Adam headed to NYC for stints at BBDO and Translation. Adam has worked for clients such as Lowes and the NFL and recently created his own line of emotionless greeting cards. Michael, a graduate of the Art Center in Pasadena has worked at R/GA’s Hustle and Heat and made a name for himself with several side projects including 'Cholafied', which took celebrity photos and turned them into cholas.

“I’m a longtime fan of Adam and Michael. Not only of their agency work but also the work they do on their own. They’re creative and they’re entrepreneurial - two things we’re all about here,” said co-founder Jamie Barrett.