Barnardos has worked in partnership with BBH and Channel 4 to put in place a landmark package for the charitys new TV advertising campaign. 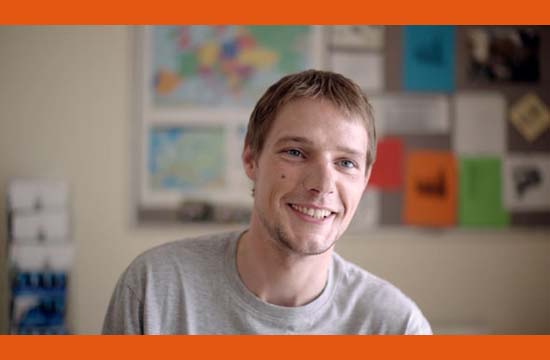 As part of an ongoing drive to boost public support for its services and strengthen its brand awareness, the UK’s largest children’s charity’s new advert ‘Life Story’ follows on from the success of its ‘Turnaround’ campaign two years ago.
In a deal brokered by John Aylings and Associates, ‘Life Story’ will premiere across all channels in the Channel 4 network with an exclusive 90-second version airing during Sarah Beeny’s Restoration Nightmare on Thursday 3 November. The advert itself was created by BBH and demonstrates the impact that believing in a child can have in turning their life around.
The new commercial, and the Channel 4 deal, reflect a more concentrated effort over the past few years by Barnardo’s to reach a wider audience and show the positive, measurable impact its services have on the lives of the children and young people it helps.
UK Director of Marketing and Business Change at Barnardo’s, Diana Tickell said: “The advert will reach both existing and new supporters by letting them know about the vital work we do. She went on to say “It has a high emotional impact that will resonate strongly with viewers and challenge them to rethink their attitudes towards troubled children and young people. It will leave them feeling there is much that can be done and that they can help us make a difference... Telling the stories of the young people we work with is the most powerful way we have of communicating the possibility for change.”
The film was shot by acclaimed director Ringan Ledwidge, who kick-started his career in 1999 by winning the Best Young Director accolade at Cannes. It starts with Michael, a 25-year-old with everything to live for who is happily talking about his life today. But as he moves on to speak about his past he becomes younger before our eyes, as if regressing back in time.
The viewer sees that Michael was a very angry and troubled teenager. As the film develops and he continues to get younger and younger we see he suffered abuse as a child. We also get a glimpse of the support he received from a Barnardo’s worker. The advert ends with the line ‘It doesn’t have to end like it began. Join us to fight for a child’s future’.
Ledwidge said: “I decided to make it feel like a single shot by using simple old-fashioned edit transitions as Michael grows younger. I think the film gets across the amount of work Barnardo's does in order to take a broken spirit, build him up and push him out into the world, as someone who can deal with things and be confident.”
 At a time when many public commentators are demanding greater punishments for youngsters in trouble, it is hoped the advert will strike a chord with those who believe it is never too late to turn around a child’s life for the better.
Nick Gill, BBH executive creative director said: “Working on a Barnardo's ad is always a great creative opportunity for the agency. I particularly liked this script as it has a profundity about it. The film shows the amazing journey a young person’s life can take from the depths of despair to a future full of real hope. How that person’s life can be changed forever by positive intervention from Barnardo’s. I want this film to move people to think about how important it is to help turn around the lives of vulnerable children and for them to do something positive as a result.”

To see the spot and to find out more about Barnado's, please click the link beneath:
http://www.barnardos.org.uk/lifestory.htm
view more - Creative