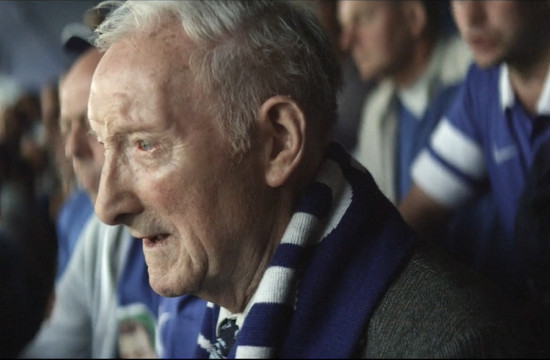 The campaign, created by BBH, will launch with an advert in the UK on TV and digital channels thanking fans for the unstinting support they show to their clubs. This will be followed up with a global film to reach out to the hundreds of millions of fans in over 200 countries who watch the Barclays Premier League.

Both films will focus on how fans support their teams through thick and thin. The UK work features lifelong Everton fan Billy Ingham, who has followed the Toffees for over 70 years. The overseas campaign will also pay homage to fans around the world that support their clubs with equal fervour, turning up in droves to see their favourite teams on TV or on pre-season tours.

As the campaign develops it will use experiential, social media, PR, and Barclays Premier League assets, such as tickets and access to players and managers, to celebrate and reward those who uphold the true spirit of the game. Barclays Football social channels with over two million users will use #YouAreFootball to generate debate and discussions with fans and the wider football community.

David Wheldon, Managing Director of Brand, Reputation & Citizenship at Barclays, said: “There is so much that is good in football, and it should be celebrated. We are lucky enough to sponsor the most popular and exciting league in the world, and we want to say ‘thank you’ to the people who make the Barclays Premier League what it is today.”

Nick Gill, Executive Creative Director at BBH added: “Sometimes the best way to understand the strength of a relationship is to see what happens when that relationship is put to the test. As such this film is really a love story, between football fans and the teams they stick by, ‘til death do us part. It focuses on the tough times. It lifts the lid on how hard it is sometimes to be a devoted fan. It’s what being a football fan is all about. Not being a fair weather supporter, but loving and supporting your team through thick and thin.”