Campaign from Iris centres around the story of two siblings, Reece and Lauren James 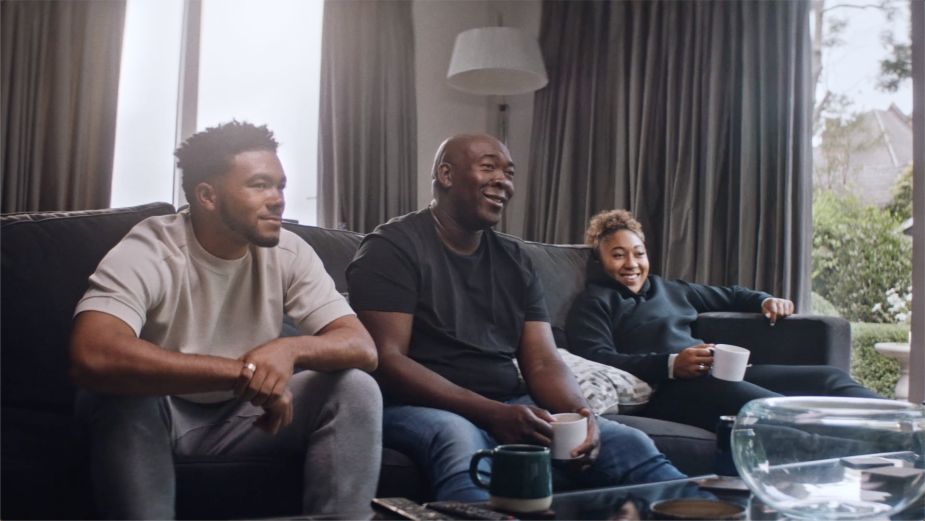 Barclays has launched a fully integrated national campaign to celebrate its 20th anniversary of association with British football. The campaign not only marks the 20-year hallmark of Barclays Premier League sponsorship but also highlights its title sponsorship of Barclays FA Women’s Super League and its ongoing involvement in grassroots initiatives nationwide.

Over the past 20 years, Barclays’ involvement with football has grown into a multifaceted partnership. Whilst many may be aware of its historic sponsorship of the Premier League since 2001, fewer know about its title sponsorship of the Barclays FA Women’s Super League – a deal brokered by Iris back in 2019, and even less people know about its involvement with grassroots initiatives at girl’s schools across the country. Now, in Barclays’ 20th year associated with football, and with the FA Women’s Super League debuting for the first time on national TV come September 3rd, the brand wants to shout loud and proud about its association with the sport and the positive impact it has and will continue to have.

The integrated campaign includes a 30-second hero TV ad, in addition to advertising on social, online and radio. The campaign centres around the story of two siblings, Reece and Lauren James. Reece James is a Premier League player for Chelsea F.C., whilst his sister Lauren James also plays for Chelsea in the Barclays FA Women’s Super League. The siblings, both close to 20 years old, also have caps for England and their story perfectly encapsulates Barclays’ 20-year commitment to the beautiful game.

In a long-form 3-minute documentary film, we watch as their dad takes us through their journey with football; he describes their unfaltering commitment to the sport; explaining how having the ability to play from a young age helped them get to where they are today. They recall watching the Barclays Premier League as kids and being inspired by footballing legends such as Drogba. As the film continues, we see them going from playing on the field behind their house to being signed by Chelsea F.C and playing in their respective tournaments, mirroring Barclays association with the sport as it supports not only the men’s game, but has played a pivotal role in building the profile of the female game, and had a positive social impact on grassroots initiatives throughout the UK.

The campaign not only tells the history of Barclays sponsorship but looks to the future, with the film finishing on the tag line ‘For 20 years Barclays has been committed to football and it’s still, all to play for.’

Tom Corbett, director head of sponsorships and media at Barclays, said: “Barclays are now in their 20th year in partnership with British football. Celebrating this hallmark couldn’t come at a more opportune time, with the Barclays FA Women’s Super League making its debut on national TV. What better way to mark this moment than with the story of Lauren and Reece James, who embody everything Barclays is proud to support; grassroots football, the Barclays FA Women’s Super League and the Premier League.”

Ross Taylor, creative director at Iris added: “Growing up Lauren James & Reece James have only ever known Barclays football. They’re the perfect siblings to share the Barclays 20-year commitment story across both the Premier League and now the Barclays FA Women's Super League. It’s an exciting time for the game with a brilliant inclusivity message too.”

The hero film will run on TV from 14th August, with supporting assets running online, across social and radio, as well as across Premier League and FA channels. Iris has also created TV idents that will run alongside Sky Sports coverage of the Barclays FA Women’s Super League from September 3rd. The media has been handled by OMD.