Created by BBH London, the campaign was made in response to a report which found that 25% of people in the UK have experienced digital fraud 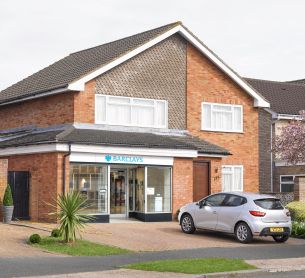 Barclays has announced it is launching a new £10m national digital safety drive with a significant nationwide brand ad and digital marketing campaign to increase the public’s awareness of financial fraud risks, and help them to stay safe in the digital age with information, tools and tips. The campaign is being launched as latest crime figures show 5.6m fraud and cyber offences in the UK making up half of all recorded crime, and costing the UK £11bn. Yet, these numbers could be even higher as new Barclays research reveals a quarter of people in the UK (25 per cent) have experienced a cyber-fraud or scam in the past three years, 18 per cent of them more than once, suggesting that many cyber-crimes go unreported.

This campaign builds on Barclays’ track record in launching purpose-led brand campaigns. The bank was the first, and only financial services brand to directly address financial fraud via its above the line FraudSmart brand campaign involving TV ads in 2016. This new campaign, which was created by BBH London, takes fraud awareness a step further with the largest ever action plan by a major UK company to tackle a vital issue of public concern, as Barclays UK CEO calls for the public, police and business to unite in the fight against fraud.

The creative employs ‘shock tactics’ to wake people up to the risk of how easy it is to become a victim of fraud unless they take steps to protect themselves online. The TV ads air on 8th May across national TV, followed up by print, outdoor and digital running throughout summer 2017 and aims to increase the public’s resilience to financial fraud, and help them stay safe in the digital age.

The TV work will be supported by social activity which will encourage consumers to visit Barclays fraud advice portal: barclays.co.uk/security 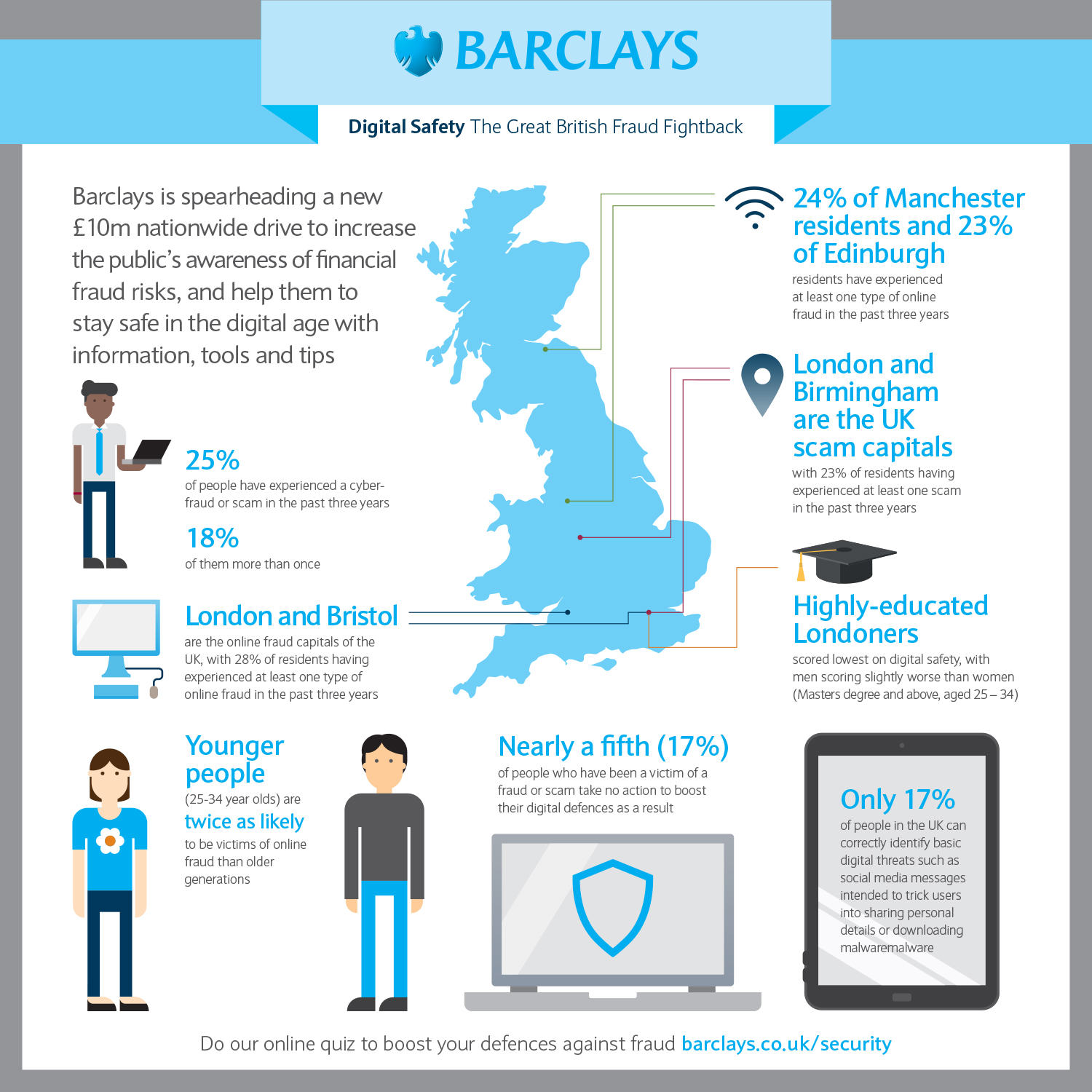 The campaign is planned and bought by Maxus with a nationwide focus, with extra regional ad spend in towns and cities in the UK which Barclays’ research identified as the ‘fraud capital’.

“Fraud is often wrongly described as an invisible crime, but the effects are no less damaging to people’s lives. As a society our confidence in using digital technology to shop, pay our bills and connect with others has grown faster 1han our knowledge of how to do so safely. This has created a ‘digital safety gap’ which is being exploited by criminals. I believe the need to fight fraud has now become a national resilience issue, and we all need to boost our digital safety levels in order to close the gap.

“That is why we are launching this new national campaign on digital safety, and we will do all in our power to arm people with the tools and information they need. But we also need to support and encourage the public to take action to protect themselves, such as changing passwords regularly. They can take the first step by completing our new free online quiz and discover how to boost their defences.

“I want to help make digital safety as commonplace as locking your front door. I want businesses, the police and the public to unite and stand shoulder to shoulder together so that we can block and frustrate the bad guys at every turn.” 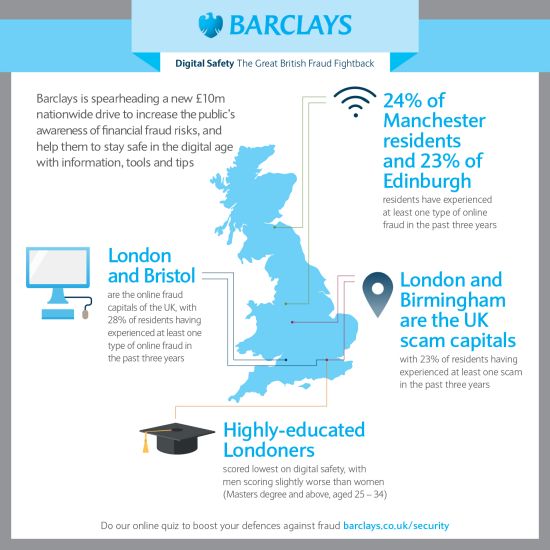 "The insight behind this campaign is a recognition that all of us now are very much connected in the digital world but that our confidence in using it is outpacing our knowledge of how to keep ourselves safe online. We want this campaign to prompt people to take action by making sure that in every message there is a hint or tip or a piece of advice embedded in it, which is simple to understand and which gets people to stop and think."