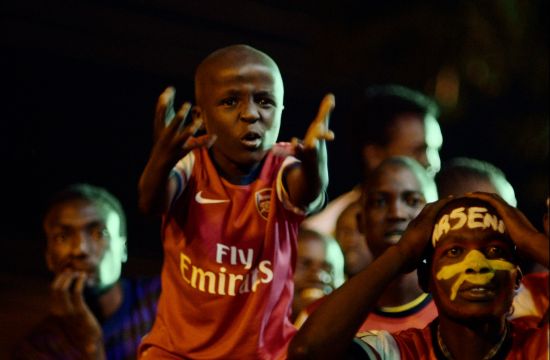 The new film, created by BBH London, thanks the hundreds of millions of fans in over 200 countries around the world for the dedication they show to their clubs and focuses on the lengths they go to support the Barclays Premier League through the ups and down of the season. It follows the lives of an African father and son, who both support Arsenal, a group of Tottenham Hotspur fans in America, and a Manchester United fan in Hong Kong.

In August, Barclays launched an advert in the UK thanking fans for the unstinting support they show to their clubs. The UK work, also created by BBH, features lifelong Everton fan Billy Ingham, who has followed the Toffees for over 70 years.

Both films focus on how fans support their teams through thick and thin which is a central focus of Barclays new global ‘Thank You’ campaign that is thanking fans, community heroes, players and managers for making the game what it is.

David Wheldon, Managing Director of Brand, Reputation and Citizenship at Barclays, said: “There is so much that is good in football, and it should be celebrated. We are lucky enough to sponsor the most popular, exciting, and many would say, best league in the world.

“While this excellence keeps us all engaged, millions will also support their teams through the hard times as well as the successful, always wanting the best for their team no matter the results. At Barclays, these are values we recognise and we want to say thank you to the people who make the Barclays Premier League what it is today.”