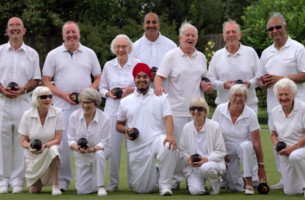 Barclaycard have launched a nationwide integrated marketing campaign to encourage people who have always wanted to try something new to ‘start today’.
The multi-format, multi-channel five-week campaign debuted on the 21st September across television, online video and social.
The campaign launches with a 60 second television advert airing for the first week, before moving on to 30 seconds for the remaining four weeks. An online video will run in parallel with the television advert, while the supporting social campaign will run until the end of November. The 30 second will also feature on Video On Demand (VOD).
Launch weekend will see the film aired during spots in Gogglebox, Liar and X-Factor with voice-over from actor Will Poulter (Maze Runner / The Revenant / We’re the Millers). The music track features The Libertines Don’t Look Back Into The Sun.
The uplifting film showcases a number of people from all walks of life – each of whom has an excuse for not starting the one thing they’ve always wanted to do, be it bowling, biking, kayaking or learning the ukulele.
Through the course of the advert we discover what happens when you overcome the feeling of being ‘too busy’, ‘too tired’ or ‘too young’ and are simply inspired to ‘Start Today’.
Andrew Hogan, Global Head of Brand Strategy at Barclaycard, said: “The Start Today campaign springs from the insight that we all have something that we’ve always wanted to try but have never done. We can all make excuses – but there are huge benefits and a lot of fun to be had if we overcome those barriers.
“As a brand, Barclaycard has been at the forefront of payments innovation for the last 50 years and this campaign shows the important role that we play in helping people to do the thing they’ve always wanted to, inspired by that first purchase. Whether it’s signing up to those ukulele lessons or buying a bike, Barclaycard is happy to be on the journey with our customers.”
David Prideux, Executive Creative Director at iris, said: “This campaign shows Barclaycard’s role in a whole new light and is a new departure for a credit card provider. As befits the status of the brand, it has a big ambition, a big heart and crucially, a big idea.”
view more - Creative