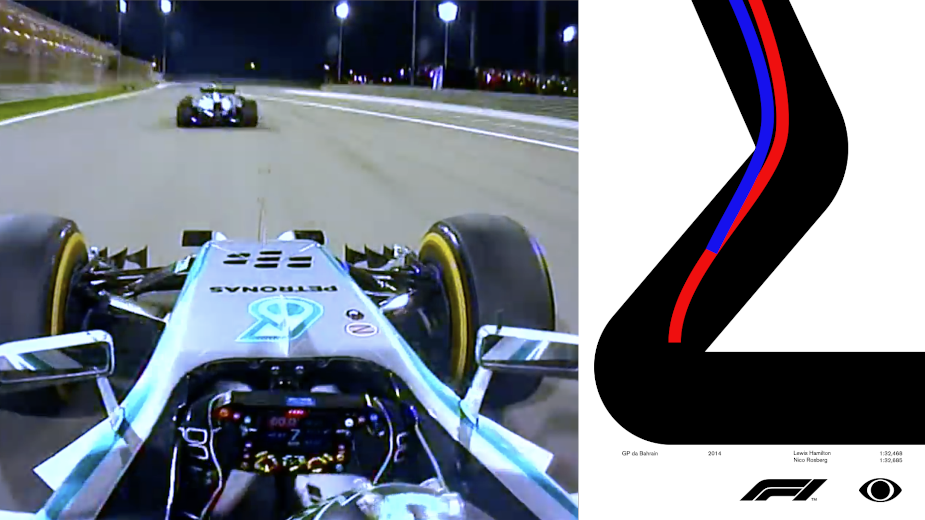 Band Networks has acquired the rights to broadcast the most popular automobile racing category in the world, and is launching a campaign with an iconic and minimalist visual language, created by FCB Brasil. The communication shows historic moments in a simulation of the cars on the track, in a way that viewers easily relate to how Band talks about F1.

"Formula 1 is speed, so we created a minimalist visual identity, but with movement, in which the design is created by the trajectory of the cars, making each campaign asset tell a story from the sport in a unique way. It's as if each driver also helped develop the visuals," comments FCB Brasil's ECD, Marcelo Rizério.

Featured on urban furniture, in addition to the most exciting moments from the GPs, will also be the network's Formula 1 hosts, Mariana Becker, Sergio Mauricio and Reginaldo Leme. The team of journalists will also produce content on social media, both in their own profiles and on the network's.

With the signature "Formula 1 now is on Band. The more you watch, the more you love it," the campaign wants to show how Band, a network with a long-standing sportscast tradition, will offer its audience a new experience.