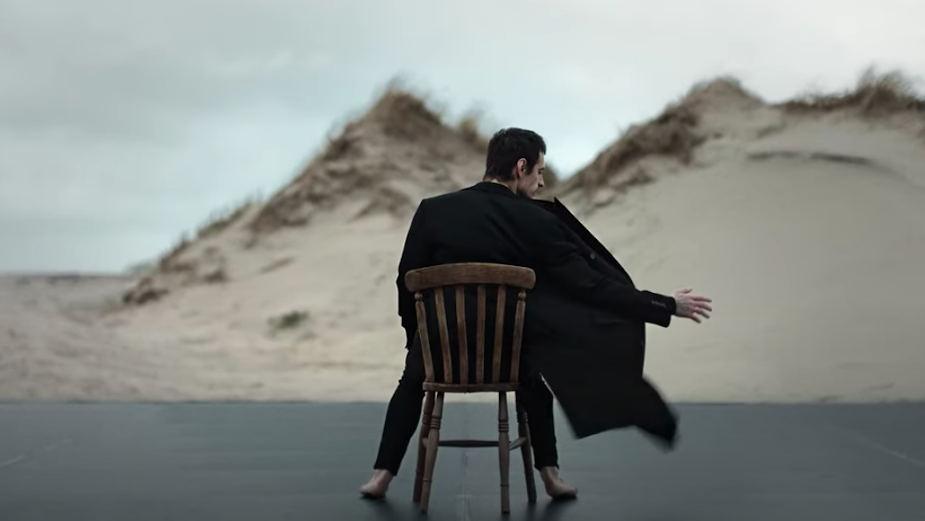 The powerful performance, choreographed by ROSS FREDDIE RAY, is filmed on vast, windswept sand dunes in TERSCHELLING, HOLLAND and evokes Polunin’s well-documented struggles within the confines of the ballet world and in his personal life, following his infamous rejection of the ballet establishment while at the height of his powers. It is a striking vision of a tempestuous figure who has so frequently courted controversy exorcising his demons alone against a harsh and unforgiving backdrop, providing the viewer an intimate glimpse inside this mercurial talent’s conflicted world.

This video performance, produced by award-winning production company Merman, is an exclusive extract from the forthcoming feature documentary DANCER 2, the recently announced sequel to the critically-acclaimed 2016 film Dancer, which charts Polunin’s meteoric rise to become the Royal Ballet’s youngest-ever principal dancer, and his self-inflicted fall from grace. DANCER 2, directed by Corbijn and produced by Gabrielle Tana, will pick up from where Dancer left off, exploring Polunin’s return to ballet.

Sergei Polunin said: “Working with Anton made me able to see how he applies so many layers into different dimensions. Dance with Nature and Music has different textures in his work and a very deep meaning. I am proud to have met him and that he suggested to dance to Depeche Mode song, the music and voice that I love and have listened to for many years. Ross Freddy Ray choreographed the dance and showed the support that I needed. I’m looking forward to continue this journey with Anton.”

Director Anton Corbijn said: “It was a delight to work with Sergei on this piece by Depeche Mode who I have a very long history with. He brought out the inner struggle of the song so vividly in the harshest of circumstances (November weather in the North of Holland) that one can only watch in amazement at his achievements here. We are currently planning to extend our collaboration into a Dancer II which, based on this experience, will be very exciting to work on.”

Gabriella Tana said: "Anton Corbijn has an exquisite eye that captures performance and movement like few others. Watching him work with Sergei in motion was magic, breath-taking...!

This film was made in November 2020, at a time when artists couldn't perform live. Sergei and Anton's work really reflect the capacity we all have to come together, connect through art and make something beautiful under challenging circumstances. It was fantastic to work with Anton and I look forward to continuing that collaboration in DANCER II.”

Executive producer Spencer Dodd said: “The piece is a perfect articulation of Sergei’s perspective and ambition for the medium of dance, fusing together the worlds of film, drama, performance, fashion and music, whilst drawing on contemporary reference points and mixing them together with what’s considered to be a more traditional art form. At the same time the choreography feels like it’s an articulation of Sergei’s own struggles both with the confines of the world of ballet and the way he’s able to express himself and his own personal issues that he’s had to wrestle with. Sergei had all but retired from ballet until he found a renewed desire, which seemingly coincided with a period of self-reflection and his quest for redemption. This will all be explored further in DANCER II but for now, we can enjoy this mesmerising performance and the insights it offers.’

Declan Lowney: “The Whole Point Is to Make Them Laugh”
View all News